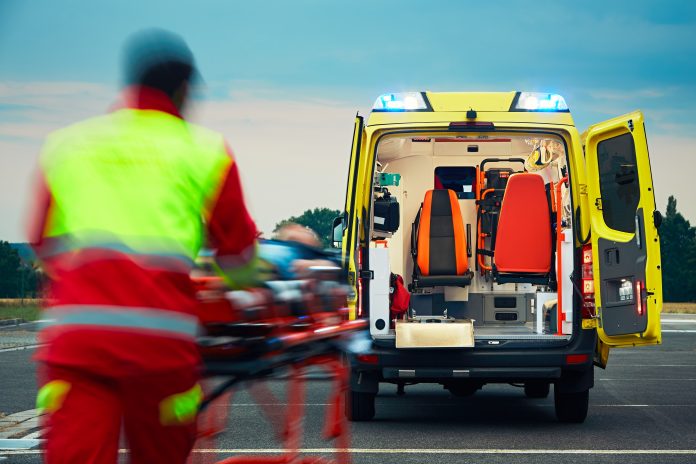 The recent floods in NSW have exposed the vulnerability of emergency services including NSW paramedics, who are now calling on the authorities to recognise the realities of a changing climate by increasing resourcing and staffing numbers.

The Australian Paramedics Association (NSW) say that with NSW Ambulance unable to meet current demand, the service is dangerously ill-prepared to respond to more extreme and frequent weather events, which increase both the overall volume of work and the associated workplace risks for Paramedic staff.

“The ongoing floods have been devastating for communities across NSW. Paramedics have been stepping up, working excessive hours of overtime and pitching in where they can,” says APA (NSW) President Chris Kastelan.

“Paramedics have been stranded with minimal equipment and supplies due to a lack of foresight and disaster planning. Paramedics from the Hawkesbury to Mid North Coast have been working for 30, 40 hours straight, with little chance to rest.

“Without increased capacity, they will be asked to do that every time there is a flood. It’s not fair, and it is not sustainable.

“Every year it becomes clearer that NSW Ambulance is relying on Paramedics putting themselves at risk to get us through these natural disasters.

“We are joining with our fellow emergency service workers to demand that this government start listening and acting. We no longer have time to debate about the impact of a changing climate: the reality is that it’s already here, and we’re not equipped to deal with it.”

APA (NSW) remains in an ongoing dispute with NSW Ambulance about baseline operating levels for the service, which are currently still based on demand figures from 2010.

“NSW Ambulance are currently operating with staffing numbers that just do not have the capacity to cover these events. Even as NSW grows accustomed to cycling though seasons of extreme fires and floods, Ambulance has failed to increase minimum operating levels for the last 10 years.

“For years, NSW Ambulance has told us that there is no scope to increase operating levels, and for years Paramedics have worked overtime, missed meal breaks, and struggled with immense demand.

“A changing climate is an ongoing an increasing risk to the safety of our workforce, and it is a risk that NSW Ambulance and the NSW Government seem intent on ignoring” said Mr Kastelan.

“We urgently need the NSW Government to recognise climate change for what it is: an emergency, and one of the greatest risks to the safety of our Paramedic workforce.”