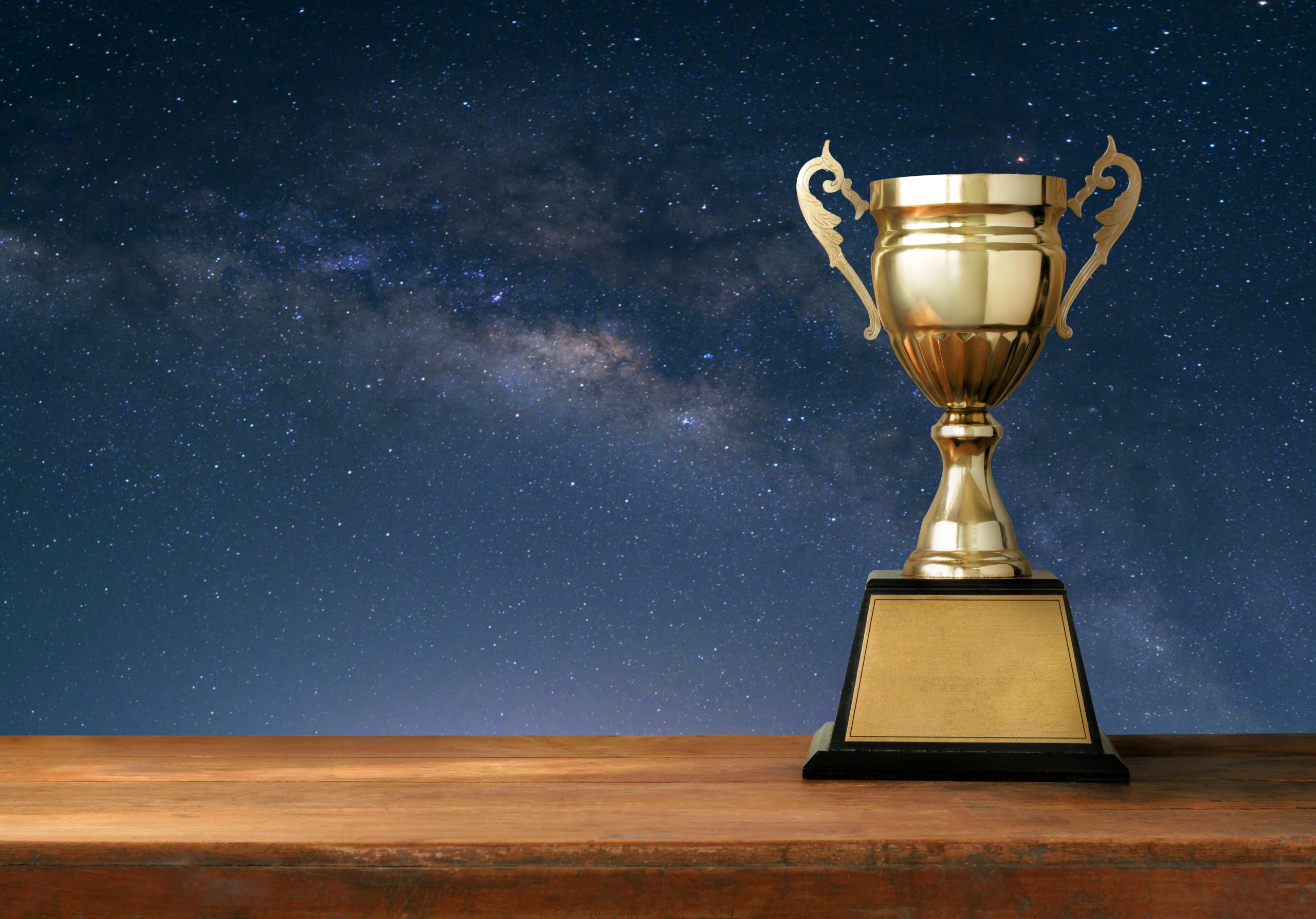 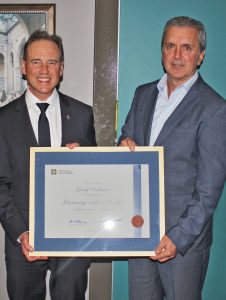 The National President of the Pharmacy Guild of Australia, George Tambassis, has been accorded the organisation’s highest honour by being made a life member of the Guild.

Mr Tambassis has been National President for seven years and recently announced he would be stepping down from the position at the end of his current term early next year.

The award, bestowed by the National Council of the Guild, was presented to Mr Tambassis personally by the Federal Minister for Health, Greg Hunt MP, in Canberra on Wednesday 9 December 2020.

Mr Hunt congratulated Mr Tambassis on a significant contribution to the Guild, to pharmacy and to the nation, particularly through the Covid-19 pandemic crisis, when pharmacies stayed open to serve patients.

“Community pharmacies have been right at the front of the queue of the people who have protected Australia. It’s been a big year: bushfires, Covid, the new Pharmacy Agreement.

The Executive Director of the Guild, Suzanne Greenwood, said: “George Tambassis has put his stamp on community pharmacy over the past seven years with dedication and commitment which has significantly benefitted all Australian patients and community pharmacies.”

At the time of announcing his decision to step down next year, Mr Tambassis said: “Reflecting on the role of the past years, I would say it has been very demanding, but also rewarding.

“In particular, I have cherished the opportunity to meet so many Guild Members around the country, and share experiences with them first-hand,” he said.

“Community pharmacy is a dynamic and highly regarded industry doing great work for all Australians, and it has been so good to lead the Guild during a period in which we have broadened the role of our pharmacists and staff in the interests of patients,” Mr Tambassis said.

Text and image by: The Pharmacy Guild of Australia

Margaret Mielczarek - September 24, 2021 0
Queenslanders (including children over 12) are now able to access the Moderna Covid-19 vaccine as community pharmacies begin to administer it this week. Kicking off...