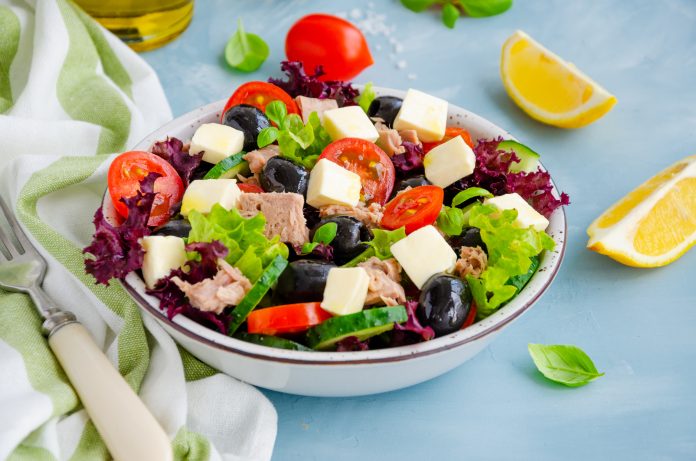 The Mediterranean diet may be investigated as a possible treatment for polycystic ovary syndrome (PCOS) after mice with PCOS-like features of the condition were found to benefit from a similar diet.

Mice with induced PCOS that ate a particular dietary balance of carbohydrates, fats and protein were able to ovulate again, giving researchers new insight into potential new treatments for the condition in humans.

In a study published in Nature Communications, researchers from UNSW Sydney, University of Sydney’s Charles Perkin Centre and ANZAC Research Institute say it is the first time that dysfunctional reproductive function in mice with induced PCOS has been shown to be restored with diet alone.

UNSW Adjunct Associate Professor Kirsty Walters, who led this research, was surprised to find that a ratio of low protein, medium carbohydrate and fat appeared to reverse the effect of PCOS on the reproductive health of a subset of female mice with PCOS features. Encouragingly, this dietary ratio falls within the range known as a Mediterranean diet.

“This is an exciting result because it has the potential to restore ovulation in women suffering from PCOS without the use of drugs,” says Adjunct Associate Professor Walters, former Head of Ovarian Biology Laboratory with UNSW Medicine’s School of Women’s & Children’s Health.

She says at present, general healthy lifestyle behaviours for women with PCOS are recommended to reduce the severity of the symptoms – which often includes weight gain – but these new findings provide evidence for specific dietary interventions as a promising strategy for the treatment of PCOS, especially reproductive traits.

“Although we will need to test the effects of this diet on women with PCOS in future studies, I think our latest research is a stepping stone towards what diets we should explore further,” says Adjunct Associate Professor Walters.

As the world continues to grapple with the Covid-19 pandemic, the race is heating up to find a vaccine that could end the pandemic. Following...
Read more
Business

Priceline Pharmacy in conjunction with creative agency Whippet has announced its ‘Little Christmas something’ campaign to encourage Aussies to keep in mind that gifts...
Read more
Industry Updates

Monash researchers have revealed – for the first time – that people who have been infected with the Covid-19 virus have sustained protection against...
Read more
Health

Christmas, synonymous with carols, lights and decorations, and battling the crowds at shopping centres, is set to look a little different this year –...
Read more