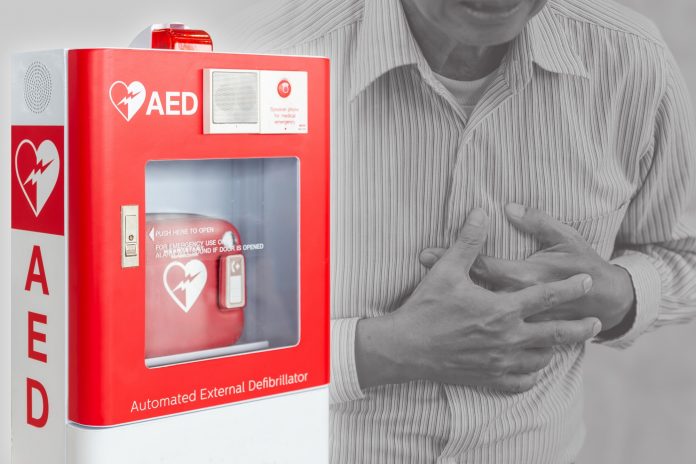 The Pharmacy Guild of Australia has partnered with Guy Leech and Heart180 to promote the benefits of having an AED (defibrillator) located in or within a 180-second proximity of every Australian, by encouraging community pharmacies to become known localities.

The partnership will reportedly also focus on encouraging pharmacies to have their staff trained and confident in the use of an AED (defibrillator).

To help facilitate the take up of this initiative, Guild members will be provided with access to the Heart180 media and training modules.

“We need to reach as many people as possible to help them understand the risk, and make sure they know how to respond,” says Former Australian Ironman Surf Lifesaving Champion and founder of Heart180 Guy Leech.

“It makes sense that your local pharmacy has a defibrillator on hand and there’s a pharmacist trained to assist.”

Heart180 is part of Guy Leech’s lifesaving and sports health programs and its mission is to “position an AED or Defibrillator within 180 seconds of every Australian” by December 2025. Its goal is to reduce the impact more than 30,000 lives lost annually to Sudden Cardiac Arrest (SCA).

Executive Director of the Pharmacy Guild Suzanne Greenwood says that the rate of out-of-hospital cardiac arrest deaths in Australia is alarming and needs to be addressed.

Ms Greenwood adds that survival rates among those who have had a cardiac arrest “are frightening” – “9% on the high side and as low as 5% on the downside”.

“For every minute that passes after a person has a cardiac arrest, the chance of survival decreases,” she says.

“Quick action can save a life, and this is why we at the Guild have partnered with Heart180 to raise awareness of the risks of cardiac arrest and to start the process of trying to have a defibrillator located in every pharmacy throughout the country, with pharmacy staff fully trained in how to use it.

“There are some 5,900 community pharmacies across Australia, and in capital cities 97% of people are no further than 2.5km from a pharmacy.

“Community pharmacy is at the heart of every community.”

The Heart180 partnership will be promoted to community pharmacies nationally with pharmacies encouraged to take advantage of the offer including media and training.

Advice from the Heart Foundation is if sudden cardiac arrest occurs, the first step is to call Triple Zero (000), followed by Compression-Only CPR and then to use an AED (defibrillator).