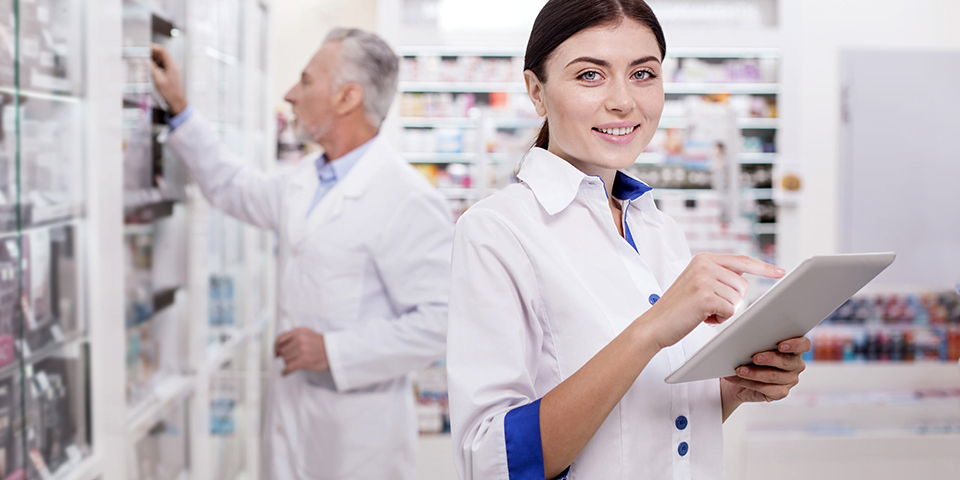 Following our earlier story of a news report making ‘unfair’ and ‘ill-informed’ allegations about community pharmacies, the Pharmacy Guild of Australia’s National President, George Tambassis has respondent to the questions posed by Journalist, Sue Dunlevy.

In these unprecedented times pharmacy is focusing on their staff, space and supply issues that are coming at them thick and fast.

Ultimately, with these issues under control we can focus on making sure all our patients get the most affordable medicines in a timely manner with all our professional standards maintained and the safety of all Australians being of upmost importance.

Thank you, Sue for your interest in the 7CPA

The Pharmaceutical Benefits Scheme (PBS) is arguably the best subsidised medicines scheme, and the Seventh Community Pharmacy Agreement (7CPA) provides the essential certainty and stability for Australia’s 5,800 community pharmacies to ensure patients get access to PBS medicines and a range of other pharmacy services.

The vital role of local community pharmacies in the Australian health system has never been more visible than in 2020, where the COVID-19 emergency and the bushfires across multiple States have strained and stretched the primary health care system.

Through these challenging times, community pharmacies have stayed open to serve patients and ensure the continued availability of PBS medicines and other products and services.

The 7CPA provides certainty for the government and for pharmacy small businesses that are tasked with the effective supply of PBS medicines on behalf of taxpayers to the maximum benefit of patients.

We believe the PBS and the community pharmacy network provide exceptional value for Australian health care consumers. Community pharmacists stand by our record of service and value as health professionals.

Under the new Agreement, elderly Australians, people with chronic conditions and Australians on concession cards will benefit from this increased investment through simplified and improved Community Pharmacy medication management and adherence programs, such as dose administration aids and medicine checks.

There will also be greater support for regional, rural and remote pharmacies to deliver community pharmacy services with reforms to the Rural Pharmacy Maintenance Allowance.

The agreement allows pharmacists to add five extra charges to the ex-manufacturer price.

Is it correct that from 1 July 2020,  a new AHI fee and a higher dispensing fee will allow chemists to charge general patients who use under copayment scripts an extra 37 cents per script?

In fact, the Agreement has reduced the allowable fees that may be charged when a medicine is under the PBS co-payment.

As Health Minister, Greg Hunt said, when he announced the new Agreement in June: “There will be greater transparency for consumers on the cost of their medicines and the Government will reduce the level of discretionary fees that can to be charged on medicines priced below the general patient co-payment.”

Is it correct that from 1 January 2021, prices will rise even further when the new wholesale mark up of 41 cents is applied?

The 7CPA includes a number of structural reforms to the PBS system, including beneficial changes to pharmaceutical wholesaling arrangements, which will ensure wholesalers can continue to deliver medicines in an equitable and timely way, particularly to those living outside our major cities.

Does this allow chemists to charge customers almost four times the ex-manufacturer price for many commonly prescribed medicine.

Specifically, from 1 January 2021, is it correct that the agreement allows chemists to charge the following prices:

The majority of medicines dispensed under the PBS (around 60%) go to pensioners and concession cardholders, who would all pay no more than the $6.60 co-payment for those scripts, no matter where they live.

The prices you have listed for general patients include the dispensing fee, which is appropriate recognition of the professional service and clinical responsibility of the pharmacist.

For general patients, where a medicine falls below the patient co-payment of $41, there is no Government subsidy and prices are subject to competition, below the maximum allowable price. Consumers can and do shop around for the best price if that is their priority.

Many pharmacies will match prices of other pharmacies. The fact that there are a variety of prices being charged for these non-subsidised medicines is actually evidence of competition.

The price for these medications and the hundreds of others that pharmacists dispense and advise patients about each day can vary significantly depending on (among other things) how they are prescribed, the government entitlements that patients may receive, the amount of medication a particular person or their family may require, and the availability generics from the supplier network.

Pharmacies located in regional areas often don’t have the foot traffic or scale to use prescriptions as loss leaders, unlike some large scale discounters who have no real interest in setting up in small rural communities because of their high volume business models.

As part of our survey of medicines prices we looked at three of the pharmacies owned by Mr Tambassis.

We noticed that  the same medicine Rosuvastatin had a different price at the Vermont South pharmacy $12.95, Cowes pharmacy $11.50 and the Tambassis Pharmacy in Brunswick $9.95 .

Does Mr Tambassis wish to comment on why the same medicine costs a different amount at each of these pharmacies?

Different pharmacies operate under different business models and in some cases under different ownership groups with varied pricing policies, buying power, rent and other overheads. All those prices you have cited are below the maximum allowable price.

If prices were the same at all pharmacies for non-subsidised medicine, would you accuse them of collusion?

The idea that different businesses with different costs, wages, staff levels and rental overheads should all charge the same price in an open market is frankly unrealistic.

Does the Pharmacy Guild believe consumers should be involved in future negotiations over the price they pay for medicines under the community pharmacy agreement? If not why not?

Consumer and patient groups were part of the consultation process during the Agreement negotiations.

Is it correct the Pharmacy Guild has made more than $1.5 million in political donations in the last five years?

Our contributions to political parties to attend their events are declared, on the public record, and published by the Australian Electoral Commission.

News Corp has surveyed prices charged at 40 pharmacies in four states and discovered the price you pay for medicines varies hugely and depends on where you live.

In many country towns and some suburbs where location rules prevent discount chemists opening customers are paying nearly four times more for their medicines than in areas with access to a discount chemist or competition from another pharmacy.

The prices for non-subsidised prescription medicines are subject to competition, and a range of other variables including the size and business model of the pharmacy, varying wage costs across regions and rural areas, and the buying power of larger pharmacy groups.

The variation in prices is below the maximum allowed price, not above it – indicating that most consumers are paying very competitive prices.

Consumers have benefited for almost 30 years from the Location Rules, which have ensured a well-distributed network of community pharmacies supplying PBS medicines and patient services – where people live, and where they need those medicines and services.

The Location Rules were introduced by Government to ensure a viable network, so patients could get access to PBS medicines wherever they live.

During the bushfires this year, and particularly during the current pandemic, the public benefit of the pharmacy Location Rules has been on display. For example, modelling shows that Australians living in urban areas, such as Melbourne, are generally with 2.5 kilometres of a community pharmacy. That is no accident of the market – it is good public policy.

Text by: The Pharmacy Guild of Australia

Ahead of the election next week, Australia’s top health and social justice organisations are calling on the West Australian Government to follow through on...
Read more
News

Quest is on a… well quest, to satisfy sweet-tooth cravings without compromising on nutrition. This month Quest Nutrition has added a brand-new product to its...
Read more
Industry Updates

Under the new law pharmacists are now allowed to substitute a different medicine when a patient's usual medicine has been declared to be in...
Read more
Events

Isagenix focus on the Newcastle Knights & its members

Although Australia is well known for having some of the most venomous animals in the world, it is the humble bee that is responsible...
Read more

Marcela Araneda - March 4, 2021 0
Under the new law pharmacists are now allowed to substitute a different medicine when a patient's usual medicine has been declared to be in...

Isagenix focus on the Newcastle Knights & its members