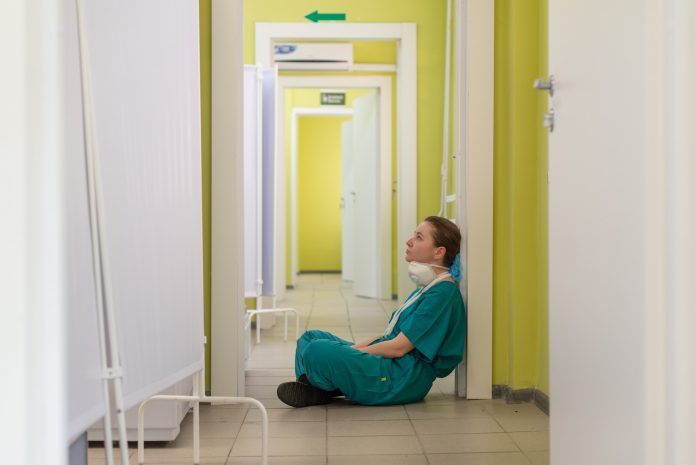 New research shows 42% of health workers are less willing to work now than they were prior to the Covid pandemic as many struggle with moral distress, physical and emotional burnout, and find it is unacceptable to face an increased risk of infection in their workplace.

The new Edith Cowan University (ECU) research has shed light on the emotional strain Australian doctors, nurses and paramedics have faced throughout the Covid-19 pandemic as it surveyed almost 600 frontline healthcare staff during Australia’s first wave of Covid-19 in 2020. The national study offers a valuable insight as previous research exploring healthcare workers’ willingness to work has often only been based on hypothetical scenarios.

The survey revealed a workforce less willing to work than before, with concerns at the time ranging from availability of personal protective equipment (PPE), family members’ worries, and risk of contracting the virus.

ECU researcher Associate Professor Erin Smith says given the study was conducted during Australia’s first wave of Covid-19, sentiment may have improved since – however other issues have since emerged.

“Organisations may have improved their processes and procedures from what they were at the start of the pandemic, but we have to weigh this against factors such as fatigue and burnout,” she says.

“As the pandemic continues, the risks of ongoing physical, psychological and emotional toll on frontline workers and their families are of great concern.

“Back during Australia’s first wave of community transmission, one third of participants reported at least one symptom of burnout (35%), 30% had symptoms of depression and 16% disclosed absenteeism.

“It’s reasonable to suggest these figures would be even higher now. Potentially, factors such as burnout and depression could impact on the quality of patient care.”

During Australia’s first Covid-19 wave, three quarters of respondents said they had wrestled with their obligation to work and the risk of infecting themselves and their families, with 42 per cent reporting they were less willing to work than they had been prior to the outbreak.

Primary concerns at the time were the availability of personal protective equipment, family member concerns and possible exposure to the virus.

Though most respondents said it was acceptable for healthcare workers to face some level of risk of exposure to infectious diseases in their workplace, more than a third – 35%– said they disagreed such as risk was acceptable.

Professor Smith says healthcare workers were being forced not only to their physical limits during the pandemic but have also face significant moral challenges.

She said workers struggled to allocate limited resources fairly, deal with restrictions such as isolation and quarantine, and being held responsible for patients’ care despite personal risk.

“When healthcare workers compromise their core values, they can feel shame, guilt, and even isolation,” says Professor Smith.

“Unresolved moral distress can result in experience depression and other mental, emotional, and spiritual health struggles.

“The nursing profession, in particular, anticipates a high rate of post-pandemic staff exodus, largely due to accumulated and unresolved moral distress.”

Despite the number of workers being less willing to work during the pandemic, only a quarter (26%) claimed their workplace had issued communications addressing staff members’ obligation to work during Australia’s first wave.

Many respondents were unhappy with their employer, while others expressed discontent with how the government was running the health sector.

Some workers with pre-existing conditions – including pregnant women – reported feeling unsupported, while other concerns were raised over mental health, poor staff morale and hostility from members of the community fearing healthcare workers were infected with Covid-19.

Professor Smith says as the pandemic continues – and Covid cases are expected to rise as restrictions are eased due to vaccination targets being met = healthcare employers needed to be able to recognise early symptoms of psychological trauma in their workers.

“This will help them develop appropriate measures to intervene and help alleviate conditions such as severe depression, post-traumatic stress disorder and substance abuse, or prevent them from developing in the first place.”

Professor Smith also says healthcare employers needed to have regular communication with staff, both to keep them informed but also provide emotional support.

“The link between perceived organisational support and job performance is clear; healthcare workers need to feel valued and supported in their role, which is becoming increasingly stressful and complex.”