A pharmacy in Victoria has been hit with 17 infringement notices for the unlawful advertising of therapeutic goods by the Therapeutic Goods Administration (TGA).

The advertisements, published on two websites, were for prescription only therapeutic goods that included peptides, Selective Androgen Receptor Modulators (SARMs) and hormones. 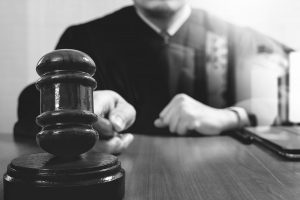 Therapeutic Goods Act 1989 (the Act) prohibits advertising to the general public of a substance, or a good containing a substance, included in Schedule 4 (prescription only medicine) of the current Poisons Standard.

One of the websites also allegedly promoted the use of stem cells. Stem cells are a type of human cell and tissue product that are regulated as biologicals and cannot be advertised to the general public.

The TGA reminded advertisers that it takes action against advertising breaches.

The regulatory scheme is important to the safety of Australian consumers and the TGA investigates suspected unlawful activity in relation to therapeutic goods.

A range of compliance and enforcement tools are available and where necessary; this may include criminal or civil court proceedings, which can result in substantial penalties, fines or imprisonment.

Any person, including businesses, must comply with the requirements for advertising. The TGA encourages online advertising complaints to prevent potentially serious consequences.

A new Deloitte report is highlighting the “urgent need” to implement common standards across the healthcare supply chain as the world gears up for...
Read more
Business

The Pharmacy Guild of Australia, Queensland Branch, has been successful in securing grant support through Austrade for exhibitors and attendees to the Australian Pharmacy...
Read more
Business

In what is said to be a first-of-its-kind solution in Australia, the software company, MedicalDirector is set to integrate the globally recognised Natural Medicines...
Read more
Business