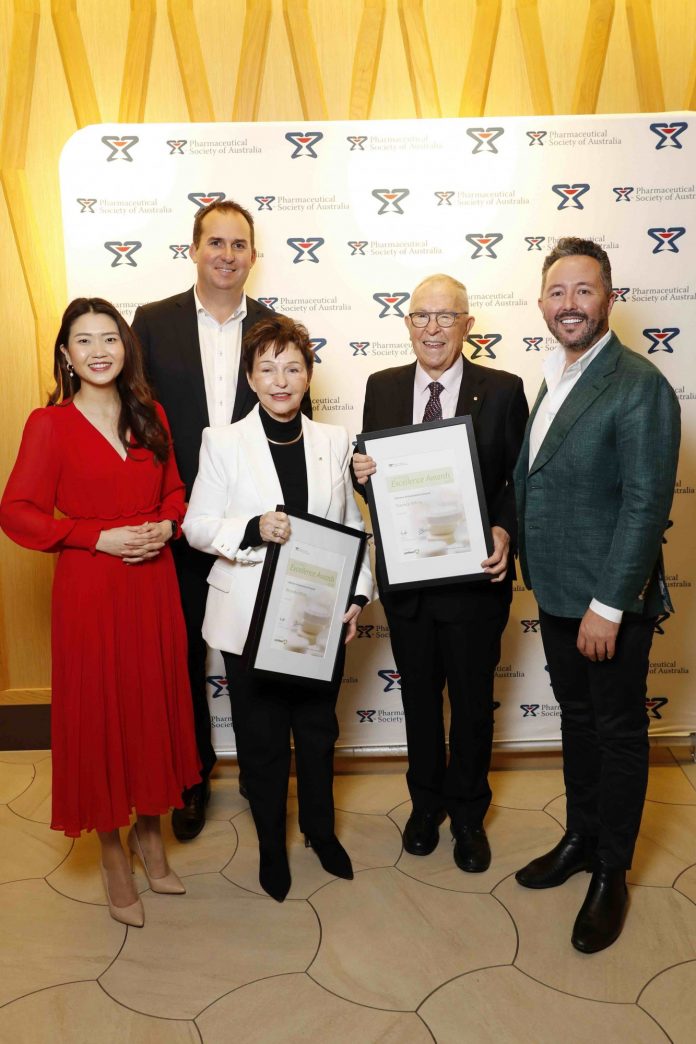 TerryWhite Chemmart (TWC) are celebrating the news that its founders, Terry and Rhonda White, have been awarded a Lifetime Achievement Award by the Pharmaceutical Society of Australia (PSA).

The team at TWC acknowledge the remarkable impact that Terry and Rhonda White have had, not only on community pharmacy but on the overall health of the nation.

Nick Munroe, Executive General Manager of TerryWhite Chemmart says the recognition is fitting of their commitment to developing community pharmacy into the model that it is today, now a central pillar of the Australian health care eco-system.

“As pharmacists, both Terry and Rhonda have always pushed themselves and their colleagues to practice at the top of their profession, and this was always driven by a true desire to provide more equitable and convenient access to health care and professionals for patients right across Australia.

“It is this unrelenting drive that created and built the brand they founded back in 1959, which has since grown to become a successful and purposeful network of over 520 pharmacies across the country, with pharmacists still committed to their original goal and purpose – and that is certainly something to be proud of,” adds Munroe.

Reflecting on the accolade and his industry success, Terry White AO says it was the relationships built with pharmacists over the years that was among the most meaningful parts of the journey.

“What I loved about pharmacy was the relationship that we built with so many pharmacists over our career, and the great pleasure we received from young pharmacists joining our network, many of whom became like members of our extended family.

And along the way, Rhonda and I got to enjoy a very successful partnership in life and in business. To be recognised by your own profession is something special, and I feel especially honoured to be recognised alongside Rhonda,” he adds.

Rhonda White AO is equally proud of her partner for what they’ve been able to achieve together.

“Throughout his career, Terry elevated community pharmacy in the eyes of universities and the community and has also been a voice for pharmacy at a government level.

“When we look back on life, the thing that matters most is whether you’ve been able to make a difference, and it has been incredibly rewarding to be part of a journey that has certainly made a profound difference to an entire profession and people’s lives,” she adds.