Concerns for doctors’ mental health as hospitals struggle with Covid 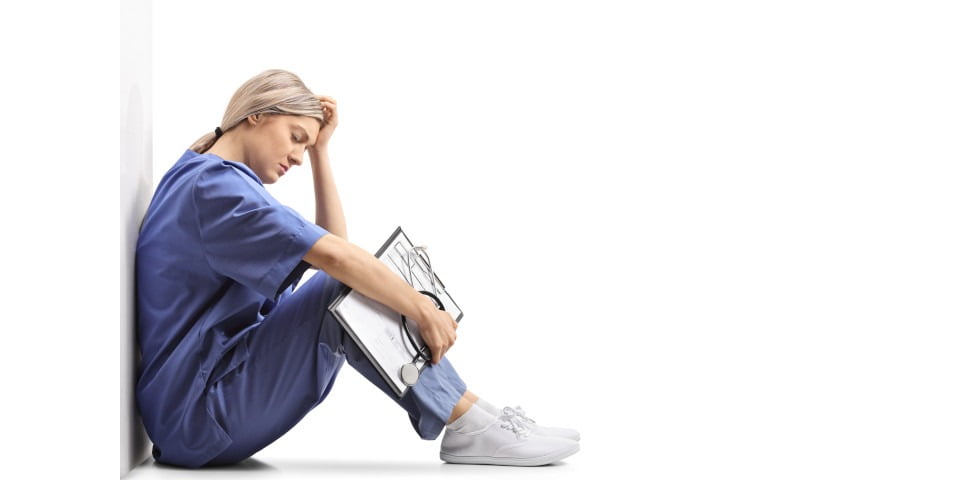 There is increasing concern about rising rates of mental ill-health and suicide among doctors according to a recent Black Dog Institute and UNSW Sydney review.

Published in The Lancet the review revealed doctors are at increased risk of suicide and, in their early years of training, one-quarter to one-third reported significant mental ill-health.

The researchers says while this was an increasing issue even before the Covid-19 pandemic, there is emerging evidence that the impact of the pandemic is creating even more mental health problems.

The review suggested female doctors appeared to be at particular risk, with a suicide rate that is significantly higher than women in the general population.

“There is a need – now more urgent given Covid – to intervene to protect and improve the mental health of doctors, with interventions needing to target not only individuals but, more importantly, their organisations and the wider systems within which they work,” says the lead author of the study Professor Samuel Harvey, who runs the Workplace Mental Health Research Program at the Black Dog Institute and UNSW.

“The acute nature of the Covid-19 pandemic in many parts of Australia at the moment highlights the importance of this issue. The mental health of doctors, along with other healthcare staff, is something we are all depending on.

“This review brings together the results of research on the topic of doctors’ mental health for the first time since the pandemic began. The review proposes a novel framework for health systems and employers to use when considering how to tackle the problem,” says Professor Harvey.

Similar conversations about mental health in other professions such as lawyers, first responders and teachers have occurred, with each profession concerned there might be something inherently psychologically toxic about their work that contributes to the high rates of mental ill-health that are reported in these sectors.

The researchers said this concern was escalated within the medical community after several high-profile suicide clusters among doctors, forcing the medical profession to reconsider its own vulnerability.

“What has been an open secret among doctors, is now being investigated and the importance is increasingly recognised. Doctors are a key element of our frontline healthcare system, even more so in the context of a pandemic, and we need them to be as supported and resilient as possible,” says the co-author of the study, Professor Kimberlie Dean, who is Chair of Forensic Mental Health at UNSW.