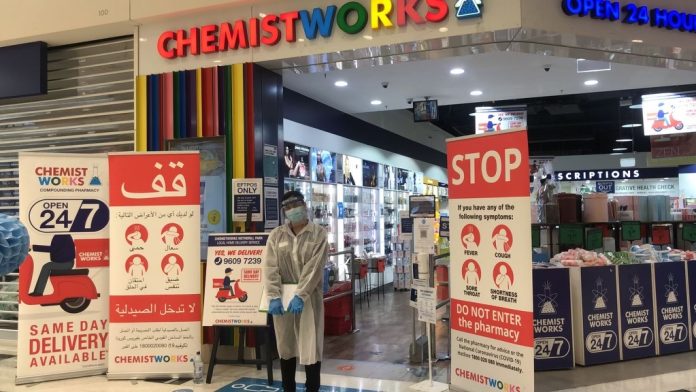 As frontline workers, pharmacies play an incredibly important role within healthcare, and even more so throughout the ongoing Covid-19 pandemic as the nation battles the highly transmissible Delta variant.

While other health outlets have been able to go online where possible and utilise services such as telehealth (as we reported recently), for many pharmacies these options aren’t practical – pharmacies are largely required to stay open to help their communities.

Staying open during the recent outbreak has meant that a lot of pharmacies have had to pivot operations to remain functional – Covid-19 has added significant complexities within the community pharmacy industry. 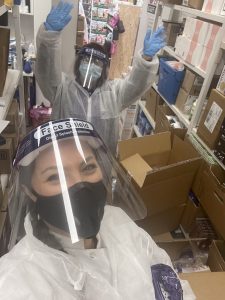 One such pharmacy is the 24-hour Chemistworks in Wetherill Park, one of the suburbs in Southwest Sydney, battling against the latest outbreak.

The owner of the pharmacy and one of the Branch Vice Presidents of the NSW Branch of the Pharmacy Guild of Australia, Catherine Bronger says that “there’s an added complexity to doing business” at the moment.

“We had a lot of business operations beforehand, in terms of prevention of Covid-19 because, obviously, we’ve still been operating for quite some time under this pandemic,” says Ms Bronger.

However, she says that “as soon as we saw cases increase in Sydney”, as has been the case over the last few weeks, they “upped those business operations really early on in the [outbreak]”.

“So, over about a month ago, we started to run A/B teams. We were wearing masks … and really being very rigorous in terms of cleaning procedures through the pharmacy,” says Ms Bronger.

“As we started to see the pandemic numbers increase, particularly in our area, we then went through several phases of upping those operations to the point now where all of our staff who are on the floor are in PPE – masks, shield, gloves because we have had a few positive cases come through the pharmacy.”

From cash to plastic

Ms Bronger says that despite the exposure her “staff are safe” and that during that period of time “everyone tested negative” but it has meant that they have now also decided not to handle cash on the premises.

“We’re no longer taking cash in the business as well. We did have one case where our customer paid in cash after presenting for cold and flu medications. And unfortunately, that staff member [who served this customer had to then] isolate for 14 days because they were considered a close contact, while the other staff were considered casual contacts meaning they had to isolate until they had a negative test come back.

“But because of that, we stopped taking cash in the business, which is really difficult for some of the elderly patients that we see, who might not have access to credit cards.

“We’ve been having to give them credit or work out ways that we can help them to keep getting the medication, which is quite difficult,” explains Ms Bronger.

To minimise the chance of exposure, Ms Bronger says that the pharmacy worked with their “centre management to [set-up] pick up bays, so that people don’t have to enter the premises”.

“We have staff that can run the medications out to them as they pull up and then they can drive off – [like a] click and collect option,” she says. 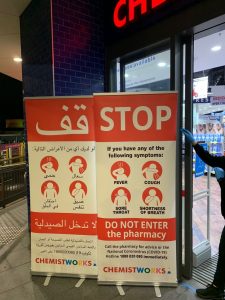 “We’re doing an extraordinary amount of business deliveries at the moment as well,” continues Ms Bronger, “particularly just in the local area [and] sometimes further than that.”

One of the crucial aspects about 24-hour Chemsitworks Pharmacy is that, as Ms Bronger explains, it’s open 24 hours, meaning “we don’t close” and because of this they had had to be “really strict with people who come into our pharmacy” in order to protect staff and remain operational.

“We’re actually not allowing people who need cold or flu medications to come in. We just ask them to wait in the pick-up bay and we send medication out to them,” says Ms Bronger.

“We thought that was a really important process to have in place because it’s a real balancing act.

“We’ve got to keep our staff safe – they’ve got families at home, and we can’t shut the door either.

“A pharmacy has to be open with a pharmacist on-site at all times and we run 24 hours – it’s too much of a risk for all our patients in terms of accessing medication if we had to close down for any reason.”

With the extension of telehealth, Ms Bronger says that “with doctors going to telehealth”, this changed access to a doctor means that the pharmacy is experiencing more foot traffic and inquiries from the community – “both telephone inquiries as well as coming in”.

“When they can’t access their doctor, obviously they’re going to come in to see the pharmacist because we’re easily accessible,” she says.

Ms Bronger says that this has also led to “doctors sending us prescriptions through image prescribing, which means they can email us the prescription and we do the prescriptions for the patients as well”. This, she says, adds to the overall “complexity of doing business” within the pharmacy.

“Through phone calls, text messages, tokens and e-scripts as they come in – the whole workflow is quite difficult as [this adds] layers of pressure on the staff in order to get the medications to the patients when they need it, in the way they need it.”

Meeting the health literacy demand of the CALD communities to ensure everyone in the community has access to the updates and Covid-19 information, has meant that many community pharmacies have had to consider developing language resources for some of their patients. 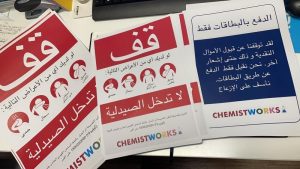 While health bodies are sending out “some resources”, Ms Bronger explains that early in the outbreak her pharmacy “had to develop our own [resources] weeks ago, knowing the community in the area … [which included for example] pull-up banners”.

“It just makes sense to speak the language that people speak in the area,” says Ms Bronger.

“I mean, it’s hard enough knowing the restrictions that are in place, where to go to get your medication when you need it.

“But when English isn’t your first language … you’ve got to be able to speak in the languages that people understand,” she says.