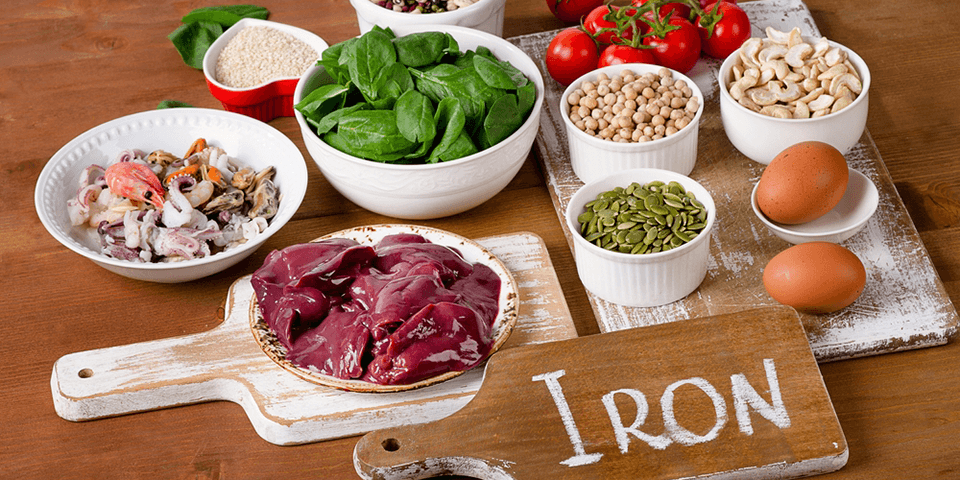 The important mineral, iron, has many roles in the body, including the transportation of oxygen and supporting the immune system, and is “essential for providing energy for daily life”, according to the Better Health Channel. Here, we address the sources of iron, symptoms of deficiency, iron absorption and the role of iron supplementation.

Community pharmacist and master herbalist Gerald Quigley adds that “brittle fingernails, slits at the side of your mouth and restless leg syndrome” are also indicators. “And hair for that matter – brittle hair,” he said.

Addressing fatigue as a potential sign that iron stores may be dipping, Mr Quigley suggests this may not be the most obvious indicator currently, because of Covid.

“We’ve been through Covid… everyone is tired,” he said, adding that fatigue, however, is common with iron deficiency, and this is seen particularly in women at the time of menstruation.

“They become iron deficient with the blood loss,” he said. “That’s often ignored, and that’s when they tend to be a little bit more fatigued. They don’t concentrate as well.”

Regarding the causes of iron malabsorption, Dr Crowe points to a range of medical conditions that can impair this, including coeliac disease, ulcerative colitis, Crohn’s disease and gastric bypass surgery.

According to Mr Quigley, “any malfunction of the gastrointestinal tract is going to affect absorption”, and those taking proton pump inhibitors may also be at risk of iron malabsorption.

While iron is found in dietary sources, Dr Crowe says the iron in animal-based foods, such as red meat, is absorbed well.

“Iron coming from plant foods – ‘non-haem’ iron – can be absorbed better if vitamin C-rich foods, like citrus foods or green leafy vegetables, are consumed with the meal,” he said.

The role of supplements

Often after a diagnosis of iron deficiency, a GP will prescribe an iron supplement. However, with absorption a key factor, what are the recommendations for optimising the benefits of iron supplementation?

“It’s best to take iron supplements on an empty stomach,” Dr Crowe said, adding that “it’s best not to have milk, tea, coffee within at least an hour either side of taking a supplement”.

The type of supplement being used is another factor to note when it comes to iron absorption, Mr Quigley says.

“Most of the better supplements do come combined with vitamin C,” he said, pointing to the nutrient’s role in enhancing iron absorption.

“Many people don’t take an iron supplement,” he said, “because they’re really paranoid about it causing constipation. So, they’d rather put up with low levels of iron and not take the iron supplement. It’s a vicious cycle, particularly in women… who tend to have very sensitive digestive systems.”

He adds that because of the issues surrounding constipation with iron supplement use, there are “better iron supplements now [which] aren’t as constipating, perhaps, as they were in the old days”.

Role of a pharmacist

When advising customers on the use of an iron supplement, Mr Quigley says it’s important for pharmacists to ask a set of key questions, including:

“We would expect our staff… to know the better brands… because the last thing you need is someone coming in and saying, ‘I’m so bound up, I don’t know what to do, and I’m sure it’s the iron capsule that you gave me that caused this’,” Mr Quigley said.

“So, it’s a matter of becoming familiar [with the products]. And if there’s any risk or clarification needed, obviously the pharmacist should be involved as well.”

This feature was originally published in the May issue of Retail Pharmacy magazine.