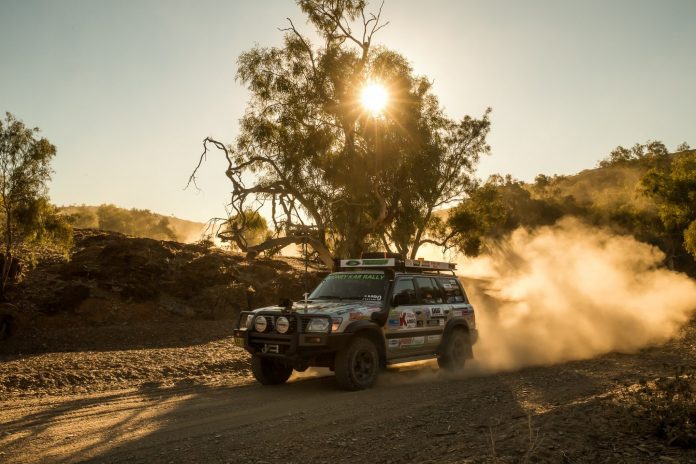 After a two-year hiatus, Kidney Health Australia’s longest-running event, the Kidney Kar Rally, is returning for its 33rd year in August.

“We are thrilled to see the resumption of the Kidney Kar Rally,” says Kidney Health Australia CEO, Chris Forbes.

“It is such a special event, and we can’t wait to get out on the road and travel through Queensland and northern New South Wales, connecting with local towns and wider communities to raise funds for kids and young people with kidney disease.”

Starting in Cairns, Far North Queensland on 10 August, a field of 40 rally cars driven and designed by supporters of Kidney Health Australia will travel 5040km, raising funds and awareness for Kidney Health Australia’s Kids and Youth Programs, which help children and young people deal with the physical, emotional, and psychological impacts of kidney disease.

“Kids with kidney disease face enormous challenges in dealing with the physical impact of treatment, as well as the emotional toll of coping with a lifelong chronic disease,” says Mr Forbes.

“Childhood and adolescence are challenging enough without the burden of kidney disease.

“Tragically, it’s why one-third of young people lose their kidney transplant within three years of leaving paediatric renal care – and why we’re determined to do more to support them through these important developmental years.”

The event will culminate in Dubbo, New South Wales on 20 August.

The Big Red Kidney Bus will accompany part of the rally, stopping in Cairns, Townsville, Gold Coast and Dubbo to perform free health checks, promoting a key objective of Kidney Health Australia: to raise awareness of kidney disease, the link between diabetes and heart disease with kidney disease, and the importance of early detection.

“There will be lots of activity, fun and fundraising initiatives across the 11 days of the rally, including community events with local artists, food and kids entertainment, as well as the free health checks,” says Mr Forbes.

“On behalf of the Kidney community and rally participants, we encourage the general public to join us along the way.”

V8 Supercar driver and 2021 Bathurst 1000 winner, Lee Holdsworth, and Harry Bates, the reigning Australian Rally Champion, have signed on with Kidney Health Australia as ambassadors for the event.

“The Kidney Kar Rally is a great event for all participants because it gives them a fantastic opportunity to test their rally skills, while also providing tremendous support to the families of kidney kids and youth affected by kidney disease,” says Mr Holdsworth.

“With the rally covering over 5,000km this year, awareness will be raised far and wide, and hopefully with all the events and excitement around it we can raise a lot of money for the kids.”

Fellow ambassador, Mr Bates says it’s an honour to be involved in this event and he’s looking forward to “getting on the road with the drivers and playing a part in raising money and awareness for kidney health”.

“Kidney disease is a really serious disease and it places a tremendous physical and emotional burden on kids and youth and their families, so the Kidney Kar Rally is important in helping to shine a light on the disease and fund better treatments and support so these kids can have a better future,” says Mr Bates.

Biante Model Cars are the major Kidney Kar Rally sponsor in 2022, and owners Ken and Kath Downie are keen to meet the new teams and reunite with the drivers who have been so important in making the event such a success over the years.

“We are very proud to have been involved in the rally since 2009,” says Mr Downie.

“We love all the camaraderie – the Kidney Kar Rally participants are like a big extended family sharing the same purpose, to support the kids.”

Over three decades, the rally has raised more than $15 million for Kids and Youth Programs, and the target this year is to lift that tally by another $400,000.