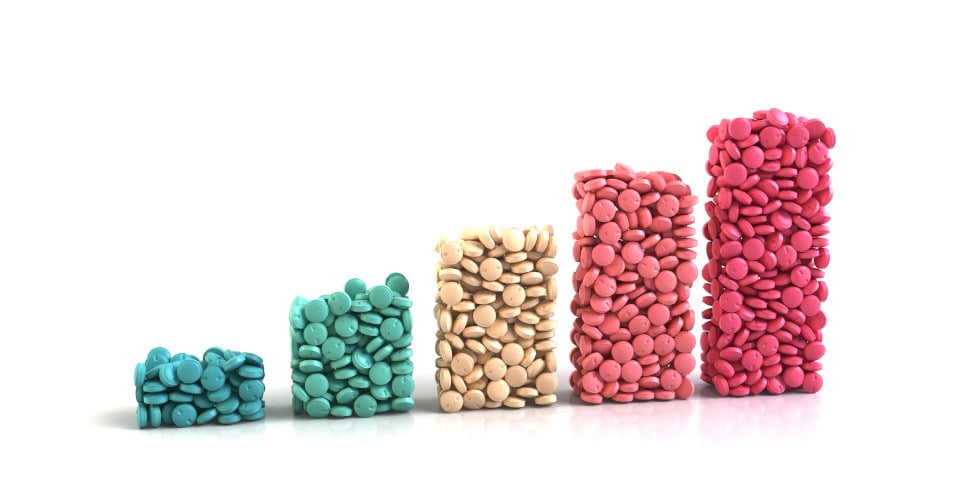 More pharmacies, less government spending and increases in the administration fees paid to pharmacists are among the details in the 2017-18 PBS report.

Community pharmacy numbers were up by 58 in the 2018 financial year, taking the total in Australia to 5,723, although with government PBS spending down by $367 million over the previous 12 months, there was a smaller pot of money to go around.

Compensating for this reduction in revenue was an increase of almost $90 million in administration, handling and infrastructure fees, up 10.4 per cent to almost $1 billion.

There were 209 million scripts dispensed, up 6.6 million on the 2017 year, with a corresponding increase in dispensing fees of around two per cent to $1.47 billion.  About 28 per cent of those scripts had a discount applied.

Payment to pharmacies through the 6CPA was $2.59 billion, with wholesalers receiving $388 million and the CSO $195 million.

Under the 6CPA, community pharmacy and pharmacists delivered a range of professional programs and services to support the primary healthcare needs of consumers, with an increased spend, up by $20 million, of $182 million. About 82 per cent of this was spent on medication management and adherence services (about $150 million).

The Pharmacy Guild received a little over $7.6 million in 6CPA administration fees, up about $2 million on the previous financial year.

MedsCheck reviews doubled, with the government spend totalling almost $27 million, up from $12.5 million in the 2017-18 year.

The electronic prescription fee paid to pharmacists increased by 30 per cent, totalling $11.5 million, which was up by almost $3 million from the previous year.

When considering per-capita spend, Australians each had about eight subsidised scripts in the year, at an average of $340 per person. (This figure excludes S100 medicines.)