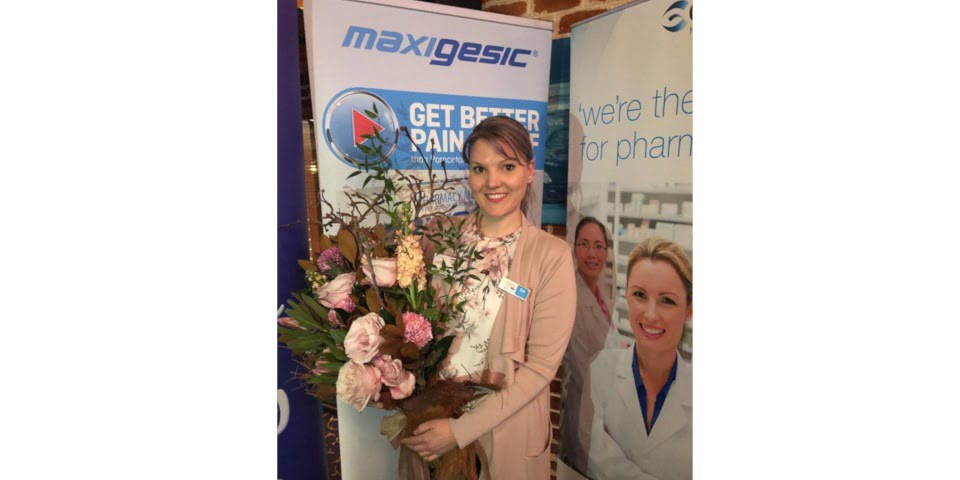 Now in its 12th year, PATY is the premier award for Australian pharmacy assistants, recognising and celebrating the ‘best of the best’ in community pharmacy.

Judges picked Ms Mckinlay from 19 other state finalists at the South Australia workshop where each participant demonstrated their pharmacy knowledge and showcased their skills in customer service and leadership.

Ms Mckinlay was delighted to be selected as the South Australia winner.

“I’m really excited for the next step but also very nervous. It was such a great day with some really amazing people,” she said.

The South Australia winner of the Glucojel Super Star Award was also announced at the workshop.

“I would like to acknowledge Megan Hulbert from United Chemist Marion Domain for being granted this award for outstanding customer service skills in community pharmacy,” Pharmacy Guild Training Manager and national PATY judge Deborah Scholz said.

Award sponsor AFT Pharmaceuticals General Manager (Aust) Calvin MacKenzie says the company is extremely pleased to be the major sponsor of PATY and supports the successful futures of pharmacy assistants.

“PATY was created to recognise pharmacy assistants who not only go the extra mile to help their customers but are also proactive in developing their careers,” she said. This commitment encourages others to strive for success and actively contribute to the community pharmacy industry.”

Guardian Pharmacy has reportedly claimed its Healthy Kids’ Guide a success for another year, following the re-return of both its print and online editions. “Now...
Read more
Health

An Australian-led international study has found that Covid-19 patients who are overweight or obese are at increased risk of experiencing more severe infection and...
Read more
Business

Junk food that bugs the gut

As per usual, it seems to be the most ‘attractive’ (to many, not all) food that gets us into the most trouble. A high intake...
Read more
Events

Bold claims are being made about the APP2021 speaker line up, and that’s that it is the best in its 30-year history, according to...
Read more
Health

Eligible for Covid vaccine? Get jabbed

Following the recalibration of the vaccine rollout – the Royal Australian College of General Practitioners (RACGP) says, once you’re eligible to receive the Covid-19...
Read more

Margaret Mielczarek - April 16, 2021 0
Dr Anthony S. Fauci remains one of the most prominent voices of authority in the fight against the Covid-19 pandemic, particularly in the US....

Junk food that bugs the gut

Eligible for Covid vaccine? Get jabbed