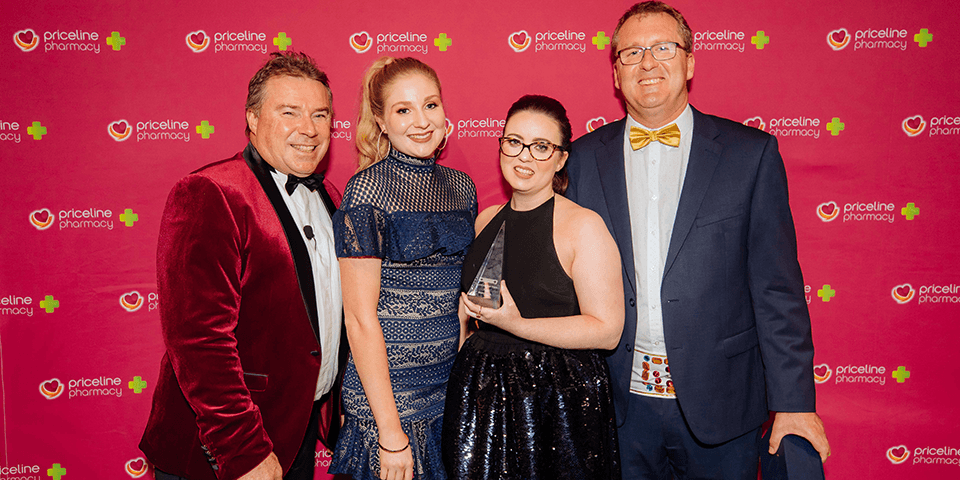 Priceline Pharmacy Horsham has received the brand’s highest honour, being awarded Store of the Year out of 480 stores around the country.

The honour was awarded at Priceline Pharmacy’s National Conference in Brisbane.

Owned and operated by Franchise Partners, Stuart Hall and Cobie McQueen (previous Pharmacist of the Year winner), the store is the most successful Priceline Pharmacy in the brand’s history.

“Every year we are pleased to recognise the store that has gone above and beyond in customer service and overall store experience,” said Priceline Pharmacy’s General Manager of Retail Operations, Cathy Seaholme.

“Horsham is our top store because they have a dedicated and passionate team who truly care about their customers.”

Media Release Australians are addicted to their mobile phones and their inability to disconnect could be endangering their health, a Monash University study shows. The Australia-first...
Read more
Health

In a bid to promote and support the development of women’s and youth football in Australia, Priceline Pharmacy and Football Federation Australia (FFA) entered...
Read more
Health

Australian and UK researchers have found that for those who already have an intermediate level of heart disease risk, adding genetic risk screening to...
Read more
Business

What’s app-ening with my lungs?