Total retail performance was 2.9 per cent up compared to last week and -0.4 per cent down compared to the same time last year. Overall growth recovered slightly but remained negative over the last 12 weeks and, based on the trend last year, looks to decline to -1.8 per cent over the next 9 weeks. The top performing category, Natural Medicine was 97.3 per cent greater than the next largest category, Baby, last week.

The top three brands this week are A2, Panadol Osteo and Karicare Aptamil. At the same time last year, A2, Pandaol Osteo and Elevit held the three top positions.

A2 Step 3 has declined 32 per cent compared to the same week last year while Pandadol Osteo lost 14 per cent in the same period.

This report is based on sales in the last week from more than 2600 pharmacies. The “Top 10 Products Chart” only reports where the number of stores where the item was sold exceeds 400. 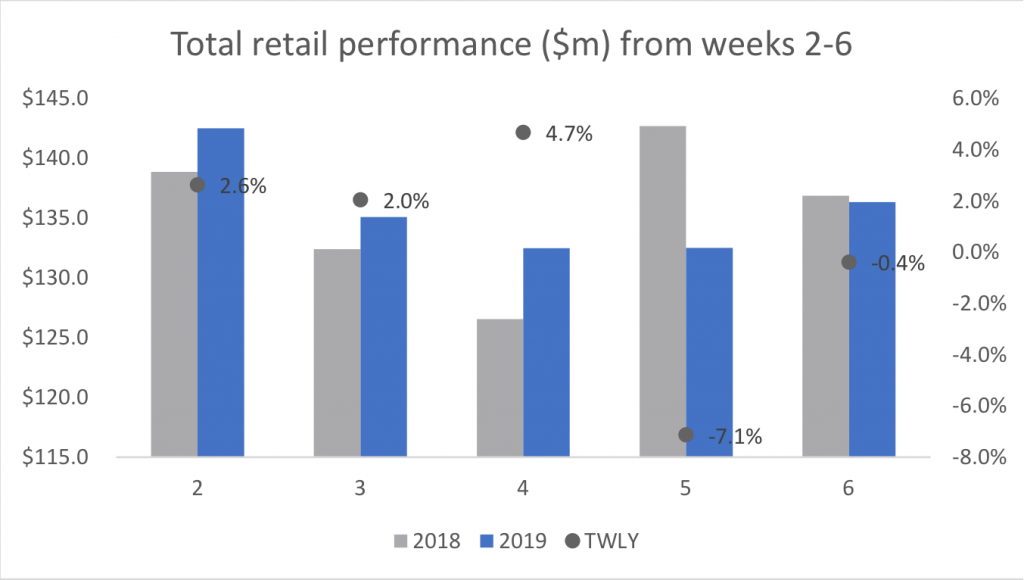 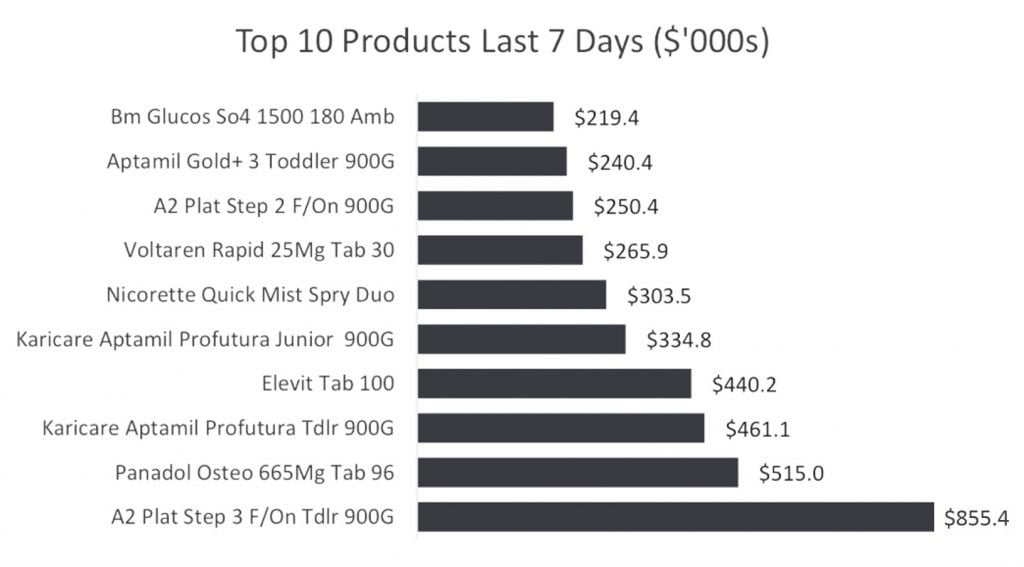 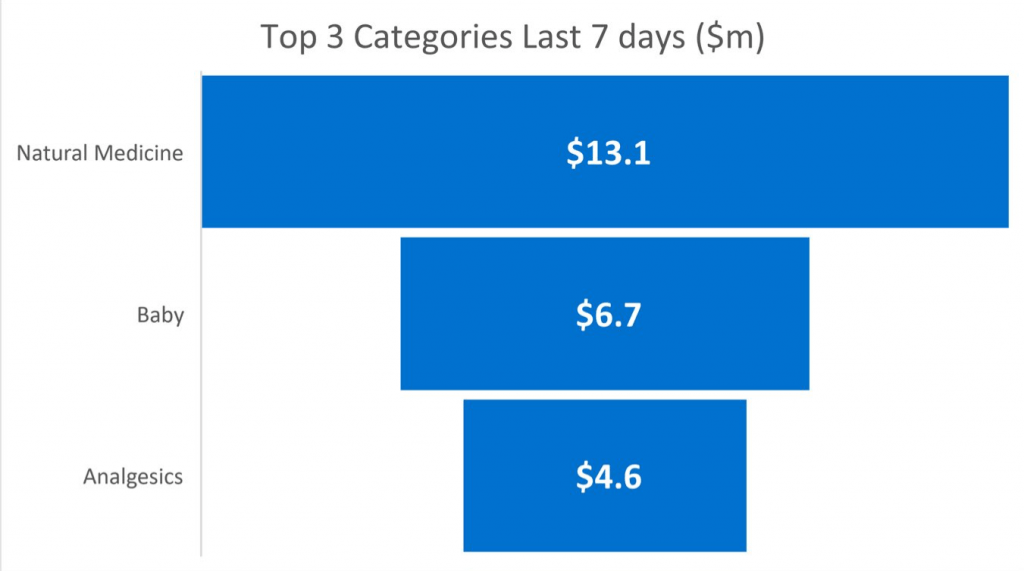