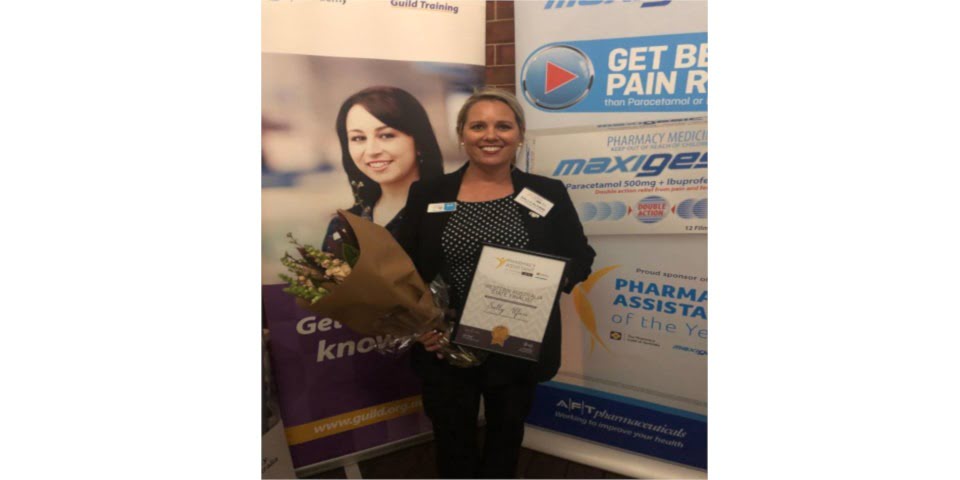 Judges picked Ms Alfieri from 18 other state finalists at the Western Australia workshop last night where each participant demonstrated their pharmacy knowledge and showcased their skills in customer service and leadership.

“The calibre of candidates this year is extremely high. Each candidate displayed a strong commitment to their work and the industry, which I am extremely impressed with. It was a hard task to pick just one winner, but Sally really shone,” Pharmacy Guild Training Manager and national PATY judge Deborah Scholz said.

Ms Alfieri was delighted to be selected as the Western Australia winner.

“I was surprised. All the finalists were so great and any one of us could have won the award easily. It was such a shock at first but then I got really excited!” Ms Alfieri said.

The Western Australia winner of the Glucojel Super Star Award was also announced at the workshop.

“I would like to congratulate Danielle Offer from Wizard Pharmacy Kelmscott Plaza for being granted this award for outstanding customer service skills in community pharmacy,” Ms Scholz said.