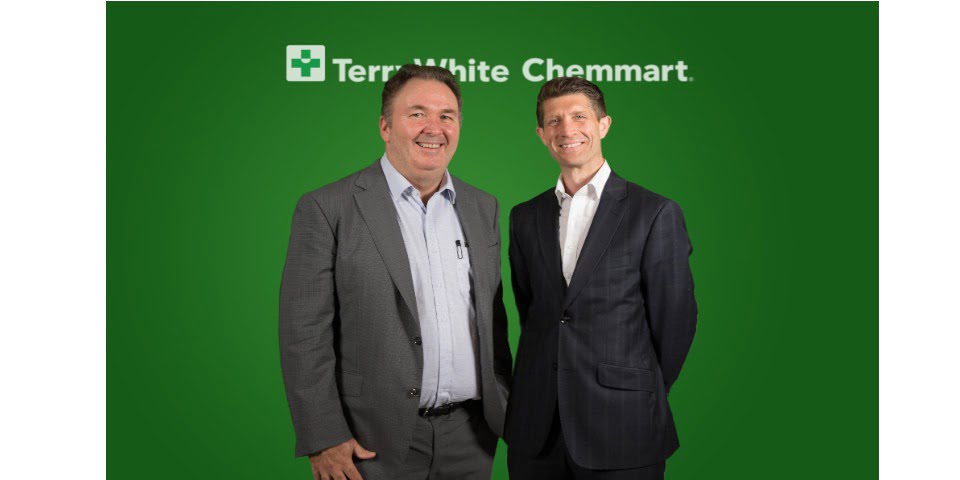 TerryWhite Chemmart (TWC) CEO Anthony White today (July 16) announced that he would step down after 11 years at the helm of TWC.
Mr White will transition to a new role as Executive Director of Pharmacy Network Development, applying his extensive industry knowledge to further grow the reach of the TWC network.
He will be succeeded as CEO by Duncan Phillips, currently the Chief Operating Officer at TWC. Mr Phillips’ experience both overseas and in Australia, along with his established pharmacy and supplier relationships will drive the next stage of value creation for TWC’s network of partner pharmacies and suppliers.
Mr White says it had been an honour to lead TWC through a period of substantial growth, but the time was now right for fresh leadership as the Group entered its next growth phase.
“I’m very fortunate to have worked with so many talented pharmacy owners and the dedicated team at the support centre over the years,” Mr White said.
“It’s been an absolute privilege and I look forward to supporting the further development of the network in my new role. In particular, it’s been great working closely with Duncan on a wide range of initiatives to grow the Group substantially over this period and I wish him every success in the future.”
With the completion of the TWC network rebranding and sale to EBOS Group the core focus for TWC is to continue to build further value for its network partners through the ‘that’s real chemistry’ brand position as the most progressive community pharmacy health provider. Recent announcements of health partnerships with Bupa, retail loyalty partnerships with Qantas, increased marketing spend, category development and expanded health programs all underpin a unique support proposition for TWC pharmacies.
EBOS Group CEO John Cullity, which moved to 100 per cent ownership of TWC in December 2018, paid tribute to Mr White’s standing in the industry.
“Anthony has decided after 11 exciting and demanding years as CEO for TWC that it’s time for a change. He has worked tirelessly in his tenure as CEO and leaves the TWC network in great shape and on the cusp of further growth” Mr Cullity said. “Anthony has successfully led TWC through a dramatic period of change. He has over the journey brought together multiple pharmacy groups and management teams and launched many initiatives that have helped establish the TWC network as a leading retailer and national pharmacy group in Australia.”
Mr White will be formally farewelled as CEO at the upcoming TWC conference in September with Mr Phillips taking over the CEO role effective immediately.