Time to review intensive therapy for lost language after a stroke 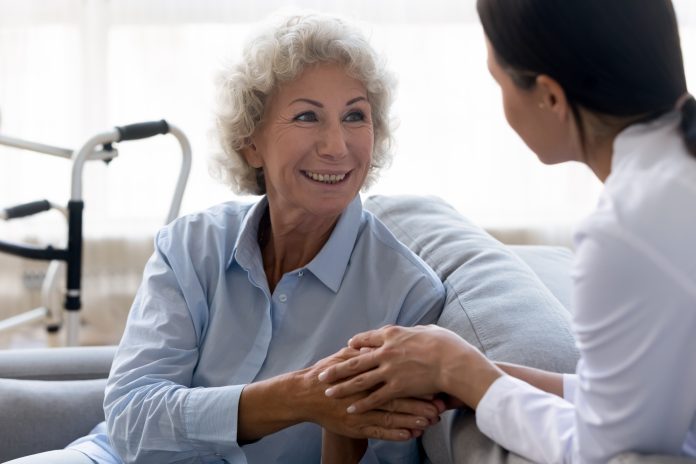 Intensive therapy is not necessarily best when it comes to treating the loss of language and communication in early recovery after a stroke, according to a new Edith Cowan University (ECU) research.

Published in the International Journal of Stroke, the research found that unlike physical and motor skill rehabilitation, recovering lost language caused by a condition known as aphasia after stroke is a marathon, not a sprint. It also showed that early intervention is crucial.

According to lead author, Associate Professor Erin Godecke from ECU’s School of Medical and Health Sciences, the findings have important implications for the treatment of aphasia because they mean service delivery options are likely to change.

“Previously people with aphasia got the majority of their therapy in the first six to eight weeks after stroke,” says Professor Godecke.

“Our research shows that there is no benefit to this. It is likely that the same therapy could be spread over a longer period to enhance recovery, rather than getting a burst at the start and very little over the next months or years.”

Aphasia is a neurological disorder affecting spoken language, comprehension, reading and writing. It affects one third of around 17 million people worldwide who experience stroke each year and is treated with speech therapy.

Professor Godecke says aphasia therapy and early intervention are vitally important for recovery outcomes after stroke. However, increasing the intensity of the treatment doesn’t equate to better results.

“We found that when we provided early aphasia therapy people had a massive increase in their ability to communicate at 12 and 26 weeks after their stroke. They could talk better and had less difficulty finding and using the right words.

“Importantly though, we also found that if we provided around 10 hours of therapy per week versus nearly 23 hours a week the results weren’t any different. We didn’t see any harm, but we didn’t see any benefit,” says Professor Godecke.

She also adds that the way people recover motor skills after a stroke is different to how they regain language.

“We tend to believe that more intensive is always better. However, we’re beginning to see data emerge to show us that language recovery might behave a little differently to motor recovery functions such as walking, moving your arm or sitting up,” she says.

“We don’t need quite as intensive a regimen for language as we do for walking recovery. We might need the same amount of treatment, just spread over a longer period.”

Professor Godecke says the difficulty level, or intensity, of the aphasia therapy needs to be tailored to what the person can tolerate.

“Because language is a higher order function and it involves more thinking time and cognitive skill, having breaks between sessions may help consolidate learning,” says Professor Godecke.

“It’s akin to running on a treadmill – you can only run on the treadmill if you can walk.

“There’s no benefit having someone run at full speed when you can have them run at a moderate pace, get the learning they need, retain it for longer and build on it,” she says.