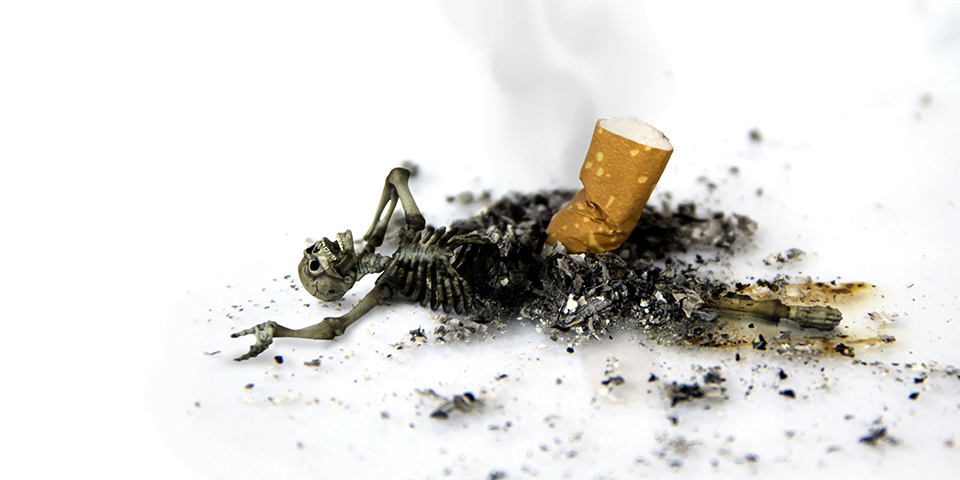 Tobacco use contributed to an estimated 21,000 deaths, or more than one in eight fatalities, in Australia during 2015, according to a new report by the Australian Institute of Health and Welfare (AIHW).

The report, ‘Burden of tobacco use in Australia’, used burden of disease analysis to study the impact of smoking on the population in terms of premature death (the fatal burden) and years lived in ill health (the non-fatal burden).

“Tobacco use remains the leading risk factor for ill health and premature death in Australia and was responsible for 9.3 per cent of the total burden of disease in Australia in 2015,” AIHW spokesperson, Richard Juckes said. “Almost three-quarters of the burden due to smoking was fatal.

“The report shows 43 per cent of the tobacco-related disease burden was due to cancer and most of this was from lung cancer. Chronic obstructive pulmonary disease accounted for 30 per cent of the burden, coronary heart disease 10 per cent, and stroke 3.1 per cent.”

Together, tobacco, alcohol and illicit drug use contributed to 18 per cent of deaths in Australia in 2015, equivalent to about 28,500 deaths.

The good news from the report is that after accounting for population increase and ageing, the rate of disease burden due to tobacco use fell by 24 per cent between 2003 and 2015.

“This pattern is predicted to continue, with the overall burden expected to fall by another 10 per cent by 2025,” Mr Juckes said.

Despite positive trends in the burden from smoking, different patterns emerge when considering whether the smoking is current or in the past.

“While the burden associated with current smoking fell, the burden linked to past smoking rose by 15 per cent,” Mr Juckes said.

“This is probably because some of the diseases associated with smoking, such as lung cancer and chronic obstructive pulmonary disease, can take many years to develop.”

Australia has made significant progress in reducing smoking rates, with the daily smoking rate almost halving since the early 1990s. In 2016, 12 per cent of Australians smoked daily, one of the lowest rates among OECD countries.