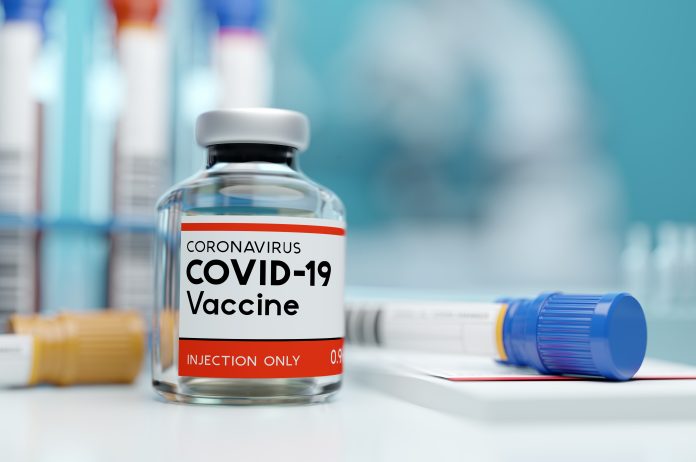 In breaking news this morning, the University of Queensland (UQ) and biotech company CSL have announced that following consultation with the Australian Government, CSL will not progress the Covid-19 vaccine candidate – UQ-CSL v451 – to Phase 2/3 clinical trials.

In a statement released by UQ, while Phase 1 trials showed that the vaccine candidate has a “strong safety profile”, with “no serious adverse events or safety concerns reported in the 216 trial participants”, Phase 1 data also showed that participants developed an immune response “towards fragments of a protein (gp41)” that is used to stabilise the vaccine.

While trial participants were made aware that there could be an immune response to this protein, according to the statement by UQ “it was unexpected that the [antibody] levels induced would interfere with certain HIV tests”.

UQ stress that “there is no possibility the vaccine causes [HIV] infection” and make it clear that “routine follow up tests confirmed there is no HIV virus present”.

However, given the implications this presents with rolling out the vaccine, and the “significant changes” that would be required to “well-established HIV testing procedures in the healthcare setting to accommodate rollout of this vaccine … CSL and the Australian Government have agreed vaccine development will not proceed to Phase 2/3 trials”.

“As a result of further medical advice to the Australian Government, the University of Queensland’s research into a possible Covid-19 vaccine, which has undergone Phase 1 clinical trials will not be proceeding to Phase 3,” said Health Minister Greg Hunt in a statement released today.

“This decision is based on how the vaccine interacts with a testing system and has not been based on the safety or effectiveness of the vaccine candidate,” he said.

While it’s a disappointing outcome, Mr Hunt adds that UQ researchers should be proud of the fact that Phase 1 results show that the vaccine is safe and “produces a strong immune response able to neutralise the Covid-19 virus”.

According to UQ Vice-Chancellor, Professor Deborah Terry, while the outcome is disappointing, she is immensely proud of the UQ team who have “shouldered a heavy burden of responsibility while the world watched on.

“I also want to thank our many partners, our donors – including the Federal and Queensland Government – and of course the 216 Queenslanders who so willingly volunteered for the Phase 1 trails,” Professor Terry said.

‘We will push forward’

While it’s reportedly possible to re-engineer the vaccine candidate, UQ vaccine co-lead, Professor Paul Young, says that this would require the luxury of time that they don’t have, with the world urgently needing a safe and effective vaccine to stop the spread of Covid-19.

“[Re-engineering the vaccine] would set back development by another 12 or so months, and while this is a tough decision to take, the urgent need for a vaccine has to be everyone’s priority,” Professor Young said.

“I said at the start of vaccine development that there were no guarantees, but what is really encouraging is that the core technology approach we used has passed the major clinical test.

“It is a safe and well-tolerated vaccine, producing the strong virus-neutralising effect that we were hoping to see.

“So, we will continue to push forward, and we are confident that with further work the Molecular Clamp technology will be a robust platform for future vaccine development here in Australia and to meet future biosecurity needs,” he said.

UQ have said in their statement that the Phase 1 trial will continue, to analyse how long the antibodies persist. UQ plans to submit the full data for peer review publication.

According to Mr Hunt, “the Government will continue to support UQ in its ongoing research”, as the new vaccine platform provides “such a promising breakthrough in vaccinations”.

‘Committed to protecting Australians from the virus’

Dr Andrew Nash, Chief Scientific Officer for CSL says that this outcome highlights the risk of failure associated with early vaccine development, and the rigorous assessment involved in making decisions.

“CSL and Seqirus are committed to continuing our work to protect the Australian population against Covid-19,” Dr Nash said.

“Manufacture of approximately 30 million doses of the Oxford/AstraZeneca vaccine candidate is underway, with first doses planned for release to Australia early next year.

“In addition, CSL has agreed at the request of the Australian Government to manufacture an additional 20 million doses.”

Mr Hunt added that the “Australian Government has secured an additional 20 million doses of the AstraZeneca vaccine”.

“This will mean a total delivery of 53.8 million AstraZeneca vaccine doses in 2021, covering the whole population requirements,” he said.

“The extra 20 million doses of the AstraZeneca vaccine will be produced within Australia by CSL.

“Our advice remains that Australia [is still] on track for first vaccination in March.”

The Government has also reportedly secured extra doses of other vaccine candidates, pending trial outcomes to ensure Australians are protected against Covid-19.

This includes an extra 11 million doses of the Novavax vaccine, bringing the total of this vaccine to 51 million.

Mr Hunt adds that “a purchase agreement is also in place for the Pfizer/BioNTech vaccine, with 10 million doses scheduled for early 2021”.

“The Australian Government is also part of the international COVAX Facility, which allows the purchase of over 25 million doses of a range of other potential vaccines,” said Mr Hunt.