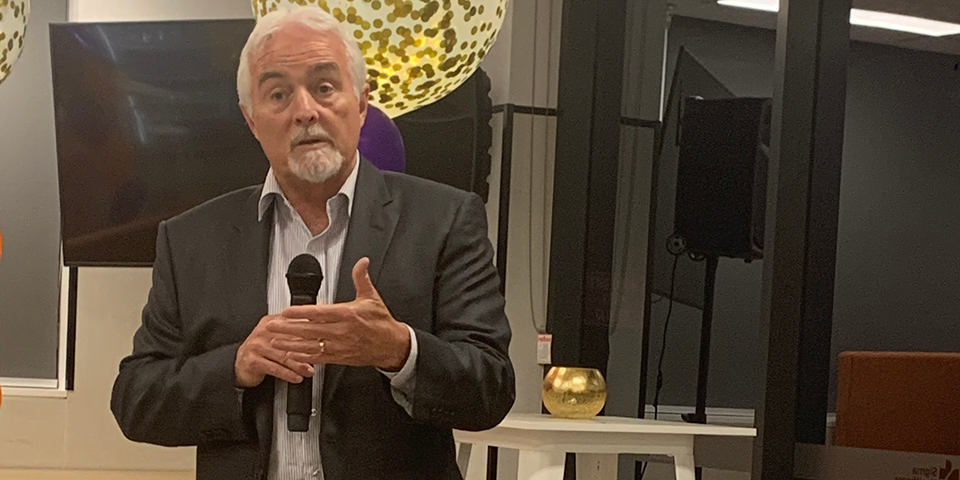 “We recognised the fact that we need to reinvest in our physical network,” he said this week during a showcase tour of the “state of the art” facility at Kemps Creek in the city’s south-west. “Sigma as a business hasn’t done that for a long time and this is part of a program of new DCs to set up around the country. It’s all about making sure we can provide the best service we possibly can.”

Sigma’s investment in the facility not only allows for further growth through its pharmacy arm, the company says, but can also mean expansion for other aspirations around hospitals, third and fourth party logistics, as well as other areas.

The DC is expected to be fully operational in a few months.

“It’s going to take a little while to gear ourselves back up to full scale, probably three to six months for the Sigma business, which means probably $700 million to $800 million in sales coming back,” Mr Hooper said.

In related news, he confirmed during the evening that Sigma will be the first-line supplier of fast-moving consumer goods (FMCGs) for discount pharmacy group My Chemist/Chemist Warehouse (CWH).

Sigma decided about 12 months ago not to meet the terms that CHW required, as the company was not making the returns it expected. Consequently, schedule medicines were transferred to Symbion in July this year, and the FMCG side transferred to DHL.

However, this time around, Sigma is ensuring it also benefits from the terms of the agreement.

“The first prerequisite was if they were going to come back, we need to make a reasonable financial return out of it,” Mr Hooper said. “We’ve been able to agree on terms that will facilitate that. It will make the Sigma business stronger longer term.

“Importantly, from an operational perspective, because we have facilities like this we can manage what’s happening with the rest of the customer base. There’s a real focus inside the business to make sure that as we gear up to take this business back [CHW] there’s no impact on the rest of our customer base, because we’ve got a really strong and growing business through that particular part of our operations, right at the moment.”