Guild announces Intern of the Year 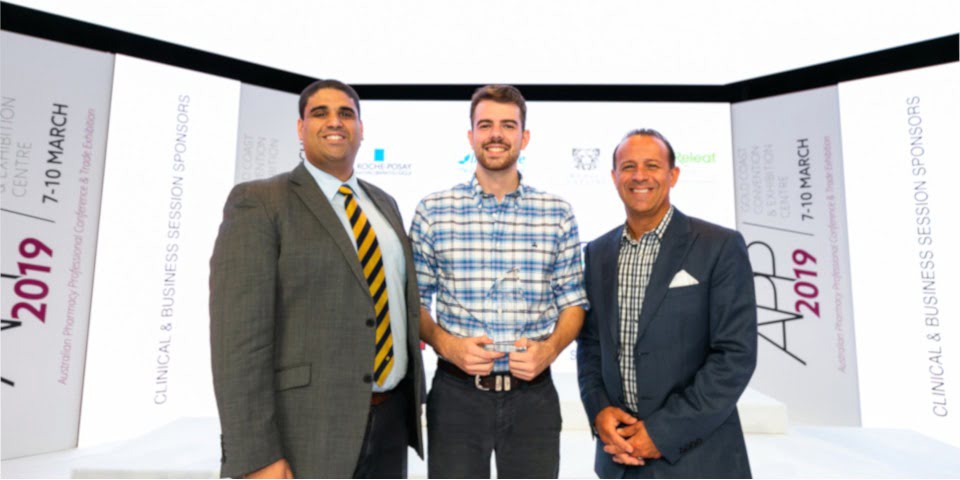 David Paulmert from LiveLife Pharmacy, Port Douglas, Queensland, has been announced as the 2018 MIMS/Guild Intern of the Year.

Receiving the award, Mr Paulmert said: “I feel humbled to be recognised as the MIMS/Guild Intern of the Year.

“I know the other applications were very strong and, so far, this has been a very professionally rewarding experience,” he said.

“This will definitely have a fantastic impact on my local Port Douglas community, both professionals and patients alike.”

Pharmacy Guild of Australia National Intern Training Program Manager Tim Roberts says the award reinforces the view that the intern year is an important time for young pharmacists to build a strong foundation for their professional career.

“A pharmacist’s intern year is crucial to their future development in the industry as it provides the core foundation required to succeed in the profession,” he said.

“The award provides a platform to recognise our most dedicated and innovative interns, and helps to reinforce the importance of nurturing our next generation of pharmacists and owners.

“The competition judging panel had some tough decisions to make, with three high-calibre shortlisted finalists making it through to the final judging interview.

The judging panel commented: “David’s efforts to engage with the local community and form relationships with other primary care providers in the area throughout his internship are what set him apart.”

MIMS Australia and New Zealand CEO and Executive Director Robert Best say that once again MIMS Australia are delighted to sponsor an award that showcases the innovation and excellence of pharmacy interns.

“This is the sixth presentation of the MIMS/Guild Intern of the Year Award and it is with immense pleasure that we continue to support excellence in young healthcare professionals from all parts of the healthcare ecosystem,” he said.

“We wish David a fulfilling career and trust this award will enable the opportunity for learning and growth.”

As the 2018 MIMS/Guild Intern of the Year Award winner, Mr Paulmert  will receive a travel and educational scholarship to the value of $4,500 courtesy of MIMS Australia.

In further news, Jonathan Chen is the myPharmacyLink rockstar. After a tight battle playing ‘Dispense Dash’ with other APP game players, Jonathan Chen, from Chen’s Pharmacy NSW, was the winner. Apparently, Mr Chen’s lightning-quick reflexes on the giant iTab and speedy digital dispensing skills have won him an Apple Watch on the GuildLink stand at the APP2019. MyPharmacyLink is included free of charge for all GuildCare subscribers.

Convenience retailer OTR is supporting this year’s National Pharmacies Christmas Pageant to be held on 14 November at Adelaide Oval and aired on Channel...
Read more
Health

The modus operandi in pharmacy is changing, with Sydney pharmacists facing the roll out of electronic prescriptions throughout the city according to the Australian...
Read more