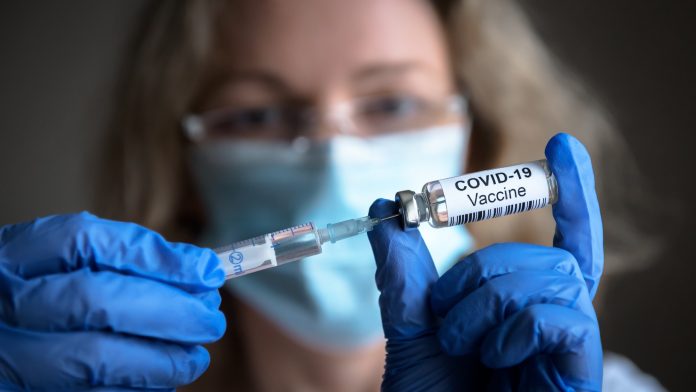 A new nationwide analysis of 32 million adults in England published in Nature Medicine shows the risks of developing neurological complications are ‘substantially higher’ after being diagnosed with Covid-19, than receiving either the Pfizer or AstraZeneca (AZ) vaccines.

To examine the risk of developing a neurological disorder following the vaccine versus the virus, Julia Hippisley-Cox and colleagues conducted a self-controlled case study series that examined hospital admissions for neurological complications in the 28 days following a first dose of the AZ or Pfizer vaccine, or a positive test for SARS-CoV-2.

The authors found that there was an increased risk of Guillain–Barré syndrome in the 28 days following vaccination with the AZ vaccine — an estimated 38 excess cases per 10 million people vaccinated.

An increased risk of Bell’s palsy was also noted 15–21 days following vaccination – however, this risk was not significant over the whole 28-day study period.

There was also an increased risk of haemorrhagic stroke within 28 days following vaccination with the Pfizer vaccine — namely, an estimated 60 extra cases per 10 million people.

Within this same period following a positive SARS-CoV-2 test, there was a substantially higher risk of all seven neurological outcomes studied, including encephalitis meningitis and myelitis, myasthenic disorders, and Guillain–Barré syndrome — amounting to 123, 163, and 145 excess cases per 10 million people, respectively.

The authors anticipate that these results will inform risk–benefit evaluations for vaccine programs as well as clinical decision making and resource allocation for these rare neurological complications.

They conclude that these findings are likely to be of relevance to other countries; however, it would be useful to replicate the findings in similarly large datasets, internationally.

Pain is holding women back