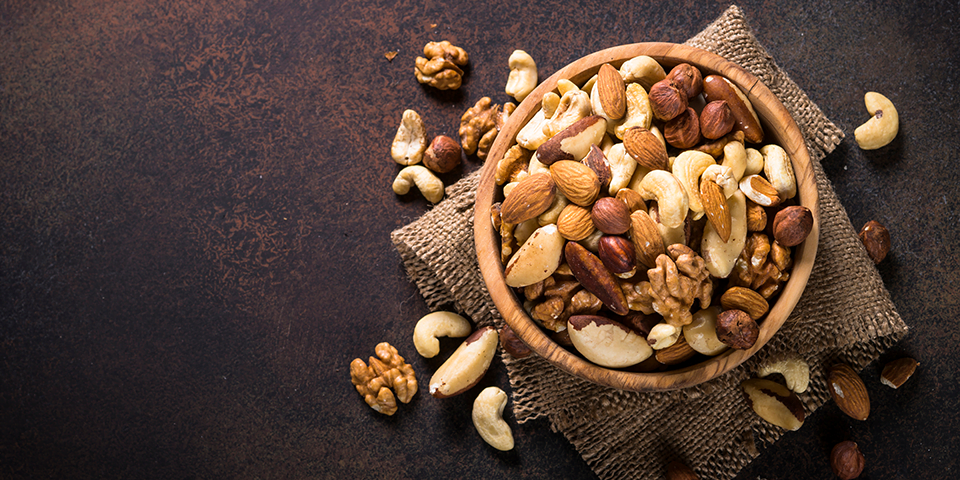 A study across 20 years has revealed substituting half a daily serving of unhealthy foods with nuts may help stave off gradual and age-related weight gain.

Increasing nut consumption by just half a serving (14g) a day is linked to less weight gain and a lower risk of obesity, suggests a large, long term observational study, published in the online journal BMJ Nutrition, Prevention & Health.

The researchers believe substituting unhealthy foods, such as processed meats, hot chips, and crisps (potato chips) with a half a serving of nuts may be a simple strategy to ward off the gradual weight gain that often accompanies the aging process.

On average, Australian adults pile on close to half a kilogram every year. Gaining 2.5-10kg in weight is linked to a significantly greater risk of heart disease/stroke and diabetes.

Nuts are rich in healthy unsaturated fats, vitamins, minerals and fibre, but they are calorie dense, so often not thought of as good for weight control. But emerging evidence suggests that the quality of what’s eaten may be as important as the quantity.

Amid modest increases in average nut consumption in the US over the past two decades, the researchers wanted to find out if these changes might affect weight control.

They analysed information on weight, diet and physical activity in 288,000 health professionals, spread across three sub-groups. Over more than 20 years of monitoring, participants were asked every four years to state their weight, and how often over the preceding year they had eaten a serving (28g) of nuts, including peanuts and peanut butter.

Average weekly exercise – walking, jogging, cycling, swimming, racquet sports and gardening – was assessed every two years by questionnaire. It was measured in metabolic equivalent of task (MET) hours, which express how much energy (calories) is expended per hour of physical activity.

Results showed average annual weight gain across all three groups was 0.32 kg. Between 1986 and 2010, total nut consumption rose from a quarter to just under half a serving per day among the men and from 0.07 to 0.31 servings per day among the women.

Increasing consumption of any type of nut was associated with less long-term weight gain and a lower risk of becoming obese (BMI of 30 or more kg/m²), overall.

To explain some of the observations, researchers make the following points:

The researchers also believe developing a nut habit is likely to be good for the planet, with one researcher saying: “In addition to the impact on human health, using environmentally friendly plant-based protein, such as nuts and seeds, to replace animal sources of protein may contribute to the promotion of a global sustainable food system.”