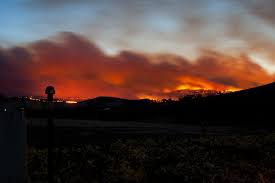 A temporary expansion of PBS Continued Dispensing to cover nearly all PBS medicines will mean Australians affected by the bushfire crisis will be able to access their vital medicines at regular PBS prices if they find themselves without a prescription.

Under the temporary change announced by Health Minister Greg Hunt, from today until 31 March 2020, pharmacists will be able to offer standard quantities of ongoing PBS medicines for the standard co-payment – being $6.60 for concession card holders, and up to a maximum of $41.00 for general patients – where PBS medicines are supplied without a prescription in an emergency situation.

This move supports the recent issue of temporary authorities to legally supply full-supplies of these medicines in an emergency in New South Wales, Victoria and the ACT.

Prior to this announcement, the PBS Continued Dispensing initiative only applied to PBS-listed oral contraceptives and cholesterol lowering medicines. This meant consumers were unable to access PBS subsidies when pharmacists supplied most medicines under emergency supply provisions.

This resulted in patients suffering significant surprise out-of-pocket costs. In welcoming the move, Pharmaceutical Society of Australia (PSA) National President Associate Professor Chris Freeman said, “PSA’s existing guidelines for the continued dispensing of eligible prescribed medicines by pharmacists provide clear information to pharmacists on how to appropriately supply of medicines in these situations.”

PSA believes more work is needed to enable provisions to be automatically available when the next disaster strikes.

“We are keen to work with the federal government in collaboration with their state and territory counterparts after this crisis subsides to permanently incorporate effective and nationally consistent emergency supply provisions,” Associate Professor Freeman noted.

The National President of the Pharmacy Guild of Australia, George Tambassis, thanked Minister  Hunt for acting swiftly to ensure that patients affected will be able to access their medicines without undue additional cost.