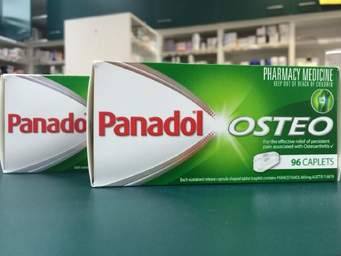 Pharmacists may need to step in and evaluate the current medicinal treatments of Australians who suffer from osteoarthritis pain.

This followes a decision by the Therapeutic Goods Administration (TGA) to up-schedule modified-release paracetamol products such as Panadol Osteo from June 1, 2020.

The decision by the Therapeutic Goods Administration (TGA) comes following concerns over overdose management guidelines and procedures for modified-release paracetamol.

The Royal Australian College of General Practitioners osteoarthritis pain management guidelines recommend that a trial of non-steroidal anti-inflammatory drugs such as ibuprofen may be suitable for some people.

Following an earlier interim decision driven by an increased possibility of serious health issues in those who overdose on modified-release paracetamol compared to standard paracetamol, the TGA made its decision final.

According to the TGA, the difficulties in managing overdose combined with the large pack sizes of modified-release paracetamol products, such as Panadol Osteo, create an increased risk to consumers.

Paracetamol is the single most commonly-taken pharmaceutical drug in overdoses that lead to hospital presentation and admission. In 2016 there were 8,341 cases of paracetamol overdose reported to the NSW Poisons Information Centre, and 818 (9.8 per cent) of these involved modified-release paracetamol products.

The Australian decision has followed changes in scheduling to modified-release paracetamol in a number of other global markets, including New Zealand and the European Union.

Pharmacist Alex Page welcomed the decision, saying: “This change provides pharmacists a great opportunity to take a more assertive role in assisting in the management of many pain types, including osteoarthritis. Current evidence shows minimal benefit for modified-release paracetamol in the vast majority of chronic pain types and the TGA’s decision highlights the safety concerns around excessive use of modified-release paracetamol.”