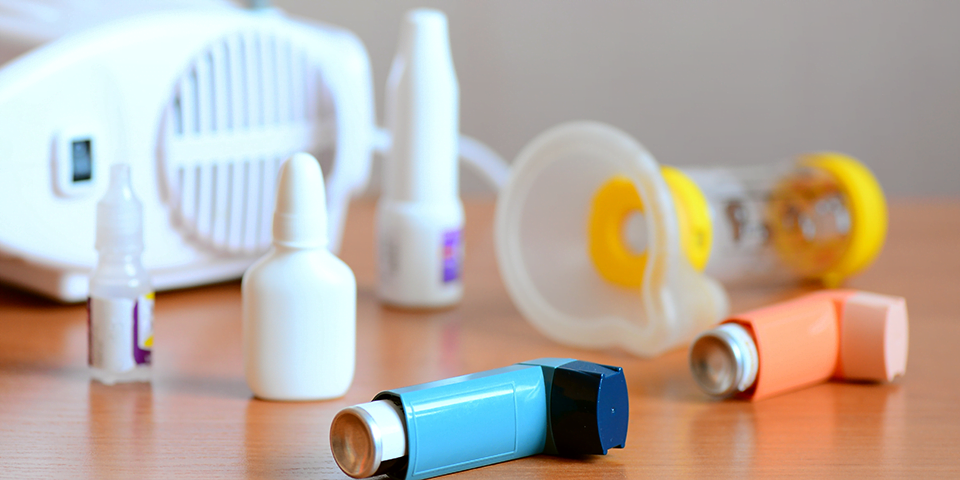 Patients at risk of severe asthma attacks due to asthma that is not controlled with standard treatment could benefit from a single three-in-one inhaler, say the authors of two new studies.

This can reduce patients’ ability to use them regularly as prescribed, so a single inhaler that combines therapies could help ensure effective treatment delivery and improve treatment adherence.

The authors say a single inhaler combining three, instead of the usual two therapies, would avoid patients having to manage multiple inhalers with different instructions and required doses.

The new inhaler includes a steroid (which controls inflammation), a long-acting bronchodilator (which keeps the airways open) and a muscarinic antagonist,  glycopyrronium (which increases airflow).

A previous trial of the three medicines in two separate inhalers indicated that they significantly improved lung function and reduced asthma attacks and symptoms in patients with a more severe form of asthma.

A two-in-one inhaler combines a steroid preventer and long-acting bronchodilator, such as a long-acting beta2 agonist, but some patients continue to experience asthma attacks, including shortness of breath, wheezing, coughs and chest tightness.

These patients require the addition of a third medicine, and the new studies investigate the effects of adding it to a two-in-one combination inhaler.

This led to a new trials in a broader patient group of those with less severe asthma, combining the three therapies into one inhaler for the first time.

After 26 weeks, patients in the study groups were tested for lung function. Significant improvements were recorded among those receiving triple therapy. In addition, there was found to be a reduction of 15 per cent in the number of moderate to severe asthma attacks, from an average of 2.16 exacerbations per patient per year to 1.83.

Study co-author Sandrine Corre from Chiesi Farmaceutici in Italy said: “Since the preventive treatment we trialled delivers three drugs via one inhaler, and given the reduction we saw in the annual rate of severe asthma attacks, we expect it will provide an attractive option helping to fulfil an unmet need for both individuals and health systems.”

Media Release  The Pharmacy Guild of Australia has welcomed the election of a new President and Board of the National Australian Pharmacy Students’ Association (NAPSA)...
Read more
Health