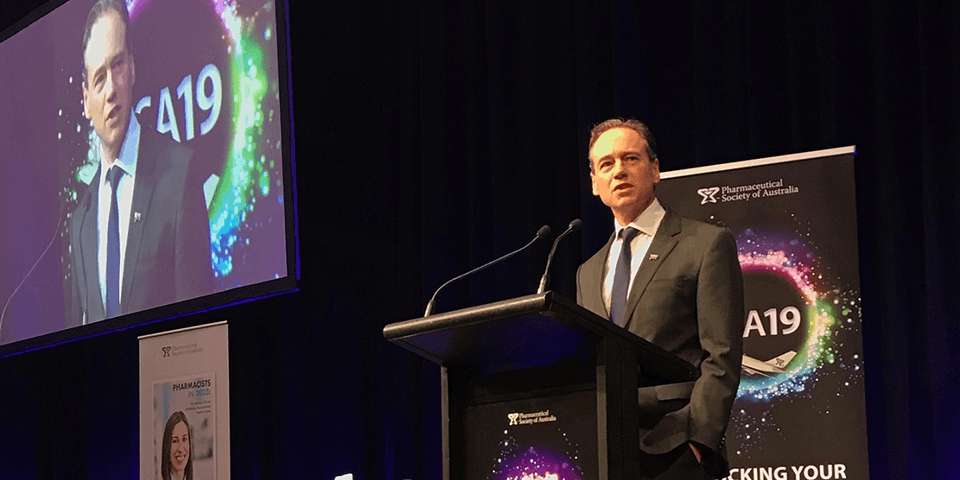 Minister Health said the government stood by its earlier commitment to PSA and will work with the
Society to address the issue of medicine-related harm in Australia.

Minister Hunt also highlighted the government’s commitment to ensuring pharmacists are able to
practice to their full scope.

“It makes absolute sense that if we have a group of highly trained medical and health professionals that
we should use the full range of those skills.

“This really is a moment where pharmacy has the greatest potential to impact on national health
outcomes of any time in the last century.”

He said PSA would not just be a co-signatory but a critical part of the design in relation to the code of
ethics, practice standards and pharmacy services.

“650,000 emergency department presentations and hospital admissions are related to medicines
misadventure every year, at an alarming cost of $1.4 billion dollars annually,” he said.

“Importantly, it is considered that 50% of this harm is preventable – that is $700 million Australian dollars
could be saved if we better managed medicines in Australia.”